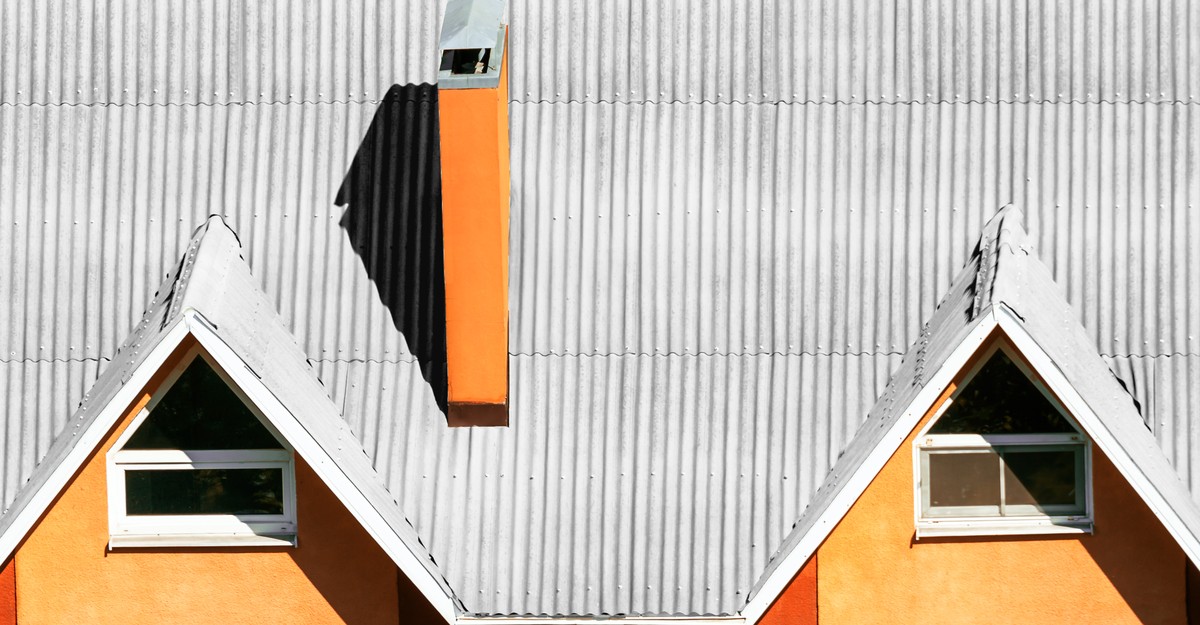 Time was, we didn’t worry much about summer heat on the wet side of the Pacific Northwest’s Cascade Curtain. A “hot day” meant 80 degrees Fahrenheit; over 90 was a rare scorcher, and 100 was unheard-of until one day in 1994 touch​​ed that mark. Feeling warm? Open a window, rummage in the basement for a fan, pop a cold one, and wait for the evening breeze to cool things down. Air conditioners, like umbrellas, were for wimps and tourists.

All of that started changing in 2015, when Seattle saw a record 12 days of 90-plus weather and Earth embarked on its hottest seven years (and counting) ever recorded. In 2021, the sort of lethal heat wave that had raged from Australia to Arizona to Paris to Siberia finally struck here. One hundred became the new 90; the thermometer broke the triple-digit barrier three days running and topped out at an unthinkable 108. The Cascade Mountains still protect us from wildfires, for now. But unprecedented wildfire smoke—another consequence of climate change—has repeatedly made the air unbreathable as well as unbearable.

That heat hit especially hard in my bedroom, located on the sunny west side of my house’s finished attic. On summer afternoons and evenings, it began to feel like an oven in there. I cut in some attic vents, which helped; then it merely felt like a sauna.

But last autumn, I finally had to replace the clapped-out roof. It seemed obvious: A pale roof would cool the house down better than a dark one, so I ordered bright white metal for the shed gable and, for the steeply pitched portion, the only Energy Star–certified asphalt shingles I found in the catalog offered by Tekline Roofing—a speckled gray-white called “Silver Birch,” which had several times the reflectance of the other tones offered.

Word came back that the manufacturer, CertainTeed, a division of the French conglomerate Saint-Gobain, had dropped the color. But Chris Hagen, a Tekline representative, suggested I call the warehouse and see if it had any leftover shingles lurking around.

“Silver Birch will come back,” Mark Ivers, CertainTeed’s regional manager, told me. “But it’s only available in Hawaii for now. We had to reduce offerings because of supply-chain issues, and it was less popular than the others.” But, sure, they were about to ship a load to Hawaii and could save a few bundles for me.

When this summer came around, my birch-bark-toned roof was ready and waiting to bat away the heat. Even without air-conditioning, blazing days and afterglow evenings are now only comfortably warm. And it looks fine against the house’s light-gray siding and dark trim.

But as I scanned my neighbors’ uniformly dark roofs, I realized that mine stood out like white sneakers at a black-tie ball. The professionals confirmed my impression. “Twenty years ago, when I got into this business, a lot more colors were used,” Hagen told me. “Tans, brown, green. In the last seven or eight years, it’s been black and gray—really dark colors.” Moiré Black, Georgetown Gray, and Weathered Wood, to be precise.

All this despite the fact that light shingles tend to last longer than dark ones; they stretch, contract, and crack less in the heat. Factor in energy costs and they’re a bargain: A study by Lawrence Berkeley National Laboratory found that white roofs cost considerably less over their lifetime than both black and sustainability-flaunting grassy “green roofs,” which have other environmental benefits but cost more to install and, contrary to popular belief, don’t do much to counter global warming. Researchers at Australia’s University of New South Wales, another hotbed of cool-roof research, determined that such roofs reduced indoor temperatures by up to 7 degrees Fahrenheit.

This can save lives as well as pocketbooks: Researchers found that living on the top floor under a black roof was “a major risk factor in mortality” in Chicago’s July 1995 heat wave. Cooler roofs and whiter walls may explain why fewer people die in heat waves in Greece and North Africa than in France, Russia, and other countries to the north; all that whitewash isn’t just for scenic effect.

It’s all a matter of albedo, the share of sunlight that gets reflected. Perfect white would have an albedo of 1.0; perfect black, of 0. Albedo is an important factor in the “heat island” effect—the gaping disparities between air temperatures in cities (especially in unshaded, low-income neighborhoods) and surrounding rural areas. The Berkeley Lab’s Heat Island Group measured the albedo of roofs in major California cities, using cameras that capture invisible near-infrared radiation as well as visible light. Roof albedo in Los Angeles, Long Beach, San Francisco, and San Jose averaged 0.17 to 0.18. Given that buildings typically cover a fifth to a quarter of urban land, that’s a whole lot of heat getting absorbed.

Blame small roofs, mostly on houses, which constitute 60 to 70 percent of total roofing surface. They proved even darker than roofs overall, with average albedos of 0.14 to 0.17. Commercial-building owners, nudged by building codes and government incentives, are more likely to embrace reflective surfaces (and lower cooling costs) when they reroof, while homeowners cling stubbornly to dark roofs.

This is puzzling, and troubling. Why would people choose hot roofs when the climate is getting hotter? Hagen sees a persistent “undertow of people wanting contrast, a dark roof with light siding”—the prevailing fashion. I suspect we can blame anxiety over property values; call it Zillow syndrome. With inflated home prices composing larger shares of owners’ net worth, who wants to take a chance? This is the sort of thinking that has supported water-sucking green lawns in places like Arizona, not to mention racist exclusionary covenants across the country.

The roofing industry itself encourages it. The website of Apple Roofing, which has offices from Florida to South Dakota, credited dark shades with “significantly improving curb appeal.” (Sometime after I spoke with an executive there, this reference was removed.) Its blog argues that the choice between dark and light shingles “should really be about your color preference and curb-appeal over cooling costs … You can rest easy knowing proper ventilation and insulation will ensure the color has no effect on heating costs!” For roofers and manufacturers, such reassurances represent the path of least resistance—or, less graciously, pandering to consumers. And, because light shingles generally cost more to produce (the rock granules embedded in the asphalt base need an extra kiln-fired coating), dark shingles let companies charge higher margins or offer customers lower prices.

The more I learned about the benefits of cooler roofs, the more surprised I was by how little those in the residential roofing industry talked about them. The common good doesn’t usually drive purchasing decisions, but the collective benefits here are significant. Berkeley Lab calculates that switching to light-colored roofing worldwide could offset the carbon emissions of 300 million automobiles.

The roofers I spoke with tended to disregard these impacts. The Apple Roofing COO Marcus Kuhlmann hadn’t even heard of heat islands: “That’s not something we talk about in our business.” As he (like others in the industry) sees it, “at the end of the day, it balances out—you want dark shingles in winter to absorb heat, light shingles in summer to reflect it.” Take your pick.

Dark shingles may indeed help reduce heating costs in colder regions. But even in winter, collecting heat through the roof is generally a bad idea; it can trap moisture in the attic, causing wood rot, and produce roof-wrecking ice dams. If you’re worried about reducing energy consumption in cold weather, improving your home’s insulation is a better bet.

Properly installed insulation can also keep houses cooler on hot days. But even then, there are trade-offs. Insulation traps heat from cooking, lighting, bathing, and other indoor sources, and the result is sometimes a hotter house in summer. Besides, insulation doesn’t deflect heat; it impounds it, slowing conduction for a few hours. This means that a large share of midday heat reaches indoor spaces at day’s end, when workplaces, homes, stores, and restaurants are all occupied. So people crank up their air conditioners, and electricity demand peaks, which can overload the grid.

Good ventilation actually does whisk heat out of buildings, but only out into the urban island and global atmosphere. Air-conditioning likewise pumps heat outdoors, all the while consuming power typically generated with fossil fuels—a vicious cycle.

As Ronnen Levinson, the head of Berkeley’s Heat Island Group and its Cool Surfaces Manhattan Project, puts it, “The only way to get the heat out of the system is to send it back to space, where it becomes the Martians’ problem, not ours.” That is, to reflect it.

Governments worldwide have generally lagged in promoting or requiring cool roofs for homes. After New South Wales’s planning minister announced a coming ban on dark roofing, developers protested; the plan was scrapped and the minister demoted. In this country, a modest federal tax credit for cool roofs expired last year. And in June, after a decade of opposition from trade groups, the EPA stopped offering Energy Star roofing ratings. At least 21 state and municipal governments have code requirements or development credits for cool roofs, but according to Sarah Schneider of the Cool Roof Rating Council, most apply to commercial, not residential, roofs.

And so, figuring that cool, sensible roofs wouldn’t come into their own anytime soon, I sought consolation in smug solitude, like an early Prius adopter. Then I learned that Saint-Gobain had dropped a wild card. Unbeknownst to me, a year or two before I chose my new roof, the company began offering dark roofing that is also highly reflective. The trick is a granule coating, developed with the Berkeley Lab, that deflects near-infrared light while letting visible light through. Now you can go dark and still be cool.

Ivers, the CertainTeed regional manager, said these “Solaris CoolRoof” shingles cost just 10 to 15 percent more than basic ones. He’s persuaded some contractors to offer them, but most don’t seem interested. Such shingles are a smart technological advance, but the industry isn’t exactly shouting it from the rooftops. “People are creatures of habit,” Ivers told me. “They go with what they’ve already been doing.”

So we drive our thirsty SUVs, fly far and near, gorge on steaks and burgers, install dark roofs, and crank up the air-conditioning—even when climate-friendly and budget-friendly alternatives are available. If business, government, and consumers can’t get serious about this small piece of the climate crisis, how are we ever going to deal with the whole looming catastrophe?