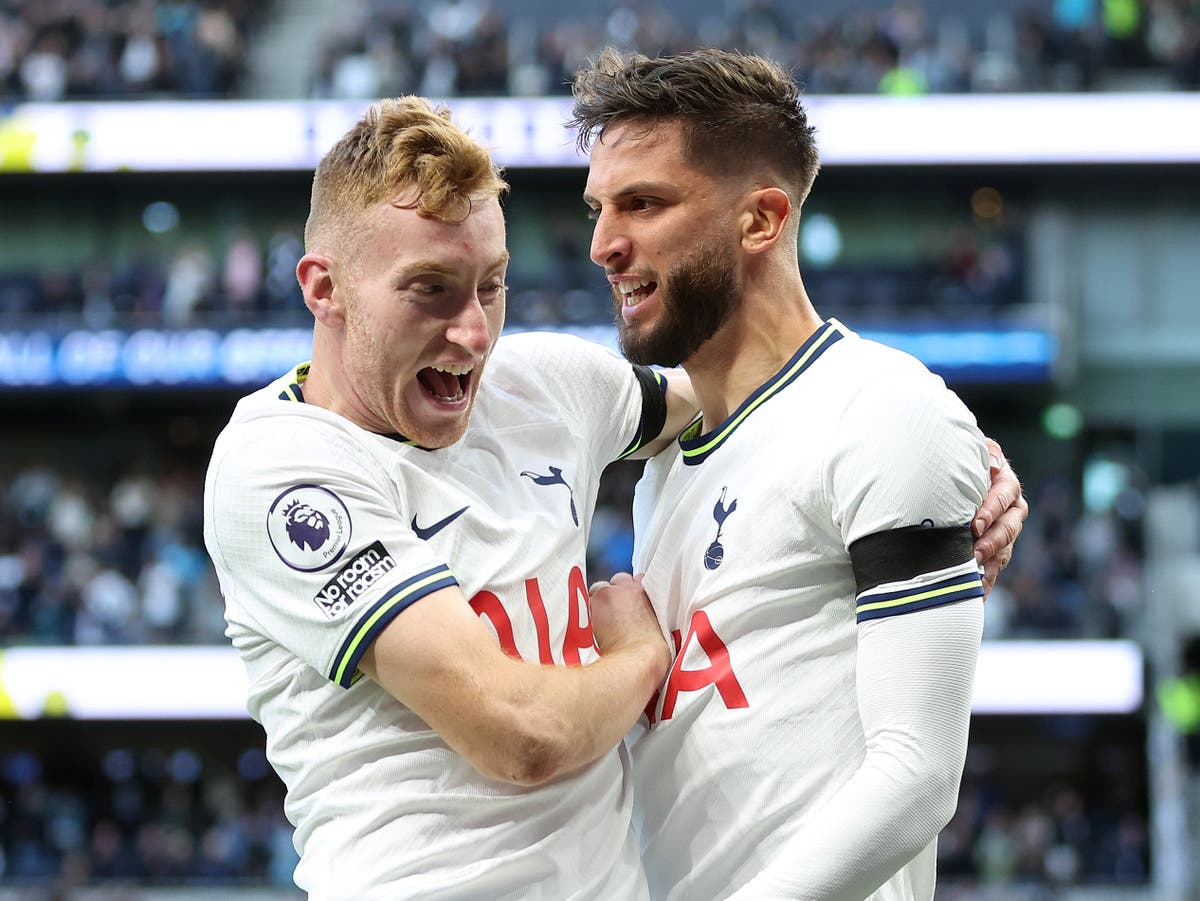 Tottenham Hotspur host Leicester in the Premier League this evening as Antonio Conte’s side look to get back to winning ways following their midweek defeat to Sporting Lisbon.

Spurs saw their unbeaten start to the season come to an end as Sporting scored two late goals in their Champions League group stage match and an improved performance against Leicester would go a long way to easing some doubts.

Leicester, meanwhile, are desperate for a win that would lift Brendan Rodgers’ side off the bottom of the Premier League table. The Foxes have lost five matches in a row, with the 5-2 defeat to Brighton signalling their lowest point of the season so far.

Rodgers is under considerable pressure but the Leicester manager will have had time to regroup his squad as they look for their first win of the season. Follow Tottenham vs Leicester in the Premier League, below:

73 mins: Son Heung-min ends his goal drought with a banger!

James Justin loses the ball to Rodrigo Bentancur and sends it up to Son who drives up the pitch. He’s got Pierre-Emile Hojbjerg alongside him but Son only has eyes for goal.

He twists away from Wout Faes and smokes his effort straight past Danny Ward from outside the penalty area!

Great finish to open up Son’s account for the year.

72 mins: Kulusevski is taken off now by Antonio Conte with Yves Bissouma brought on to replace him for the final 20 minutes or so.

Kane is brought down by Faes and wins Spurs a free kick. Will Bissouma’s introduction give Spurs some more control in midfield?

69 mins: The pattern of the game is firmly counter-attacking from Spurs now. They’re sat deep, letting Leicester have the ball and hoping the pace and skill of Kane, Son and Kulusevski can give the home side a fourth goal.

A Leicester goal should shake things up.

66 mins: Leicester might be behind in the game but they’re pushing the issue. Daka flicks the ball round the corner and gets it to Barnes who makes a diagonal run into the middle from the left.

Barnes collects the ball and looks to unleash a shot but Romero slides in and knocks the ball away from him allowing Spurs to clear their lines.

60 mins: Save! James Maddison volleys a pass into the box and finds Patson Daka who squeezes in front of Ryan Sessegnon and nods the ball into the ground.

It bounces up to a good height but Lloris is at full stretch when he leaps to his right and pushes the ball wide of the goal!

57 mins: Harry Kane drops slightly deeper to receive the ball then plays it up to Dejan Kulusevski. Kulusevski dribbles into the right side of the box but Wout Faes forces him onto his right foot.

The winger manages to get off a tame effort and Danny Ward has no trouble scooping it up.

54 mins: Ivan Perisic is taken off by Antonio Conte with Emerson Royal brought on to replace him. It’s a like-for-like change but introduces some fresh legs into Tottenham’s side.

51 mins: Perisic and Dier combine once more from a corner but Dier just tries to flick the ball further into the box from close by the front post.

He gets it into the six-yard area but Danny Ward plucks the ball out of the air.

47 mins: Spurs lead once more! Leicester look to play out from the back as Jonny Evans gives the ball to Wilfred Ndidi. Ndidi dallies too long with the ball and Rodrigo Bentancur nicks the ball off him.

He carries it into the box and side foots his effort wide of Danny Ward to slot the ball home off the inside of the post!