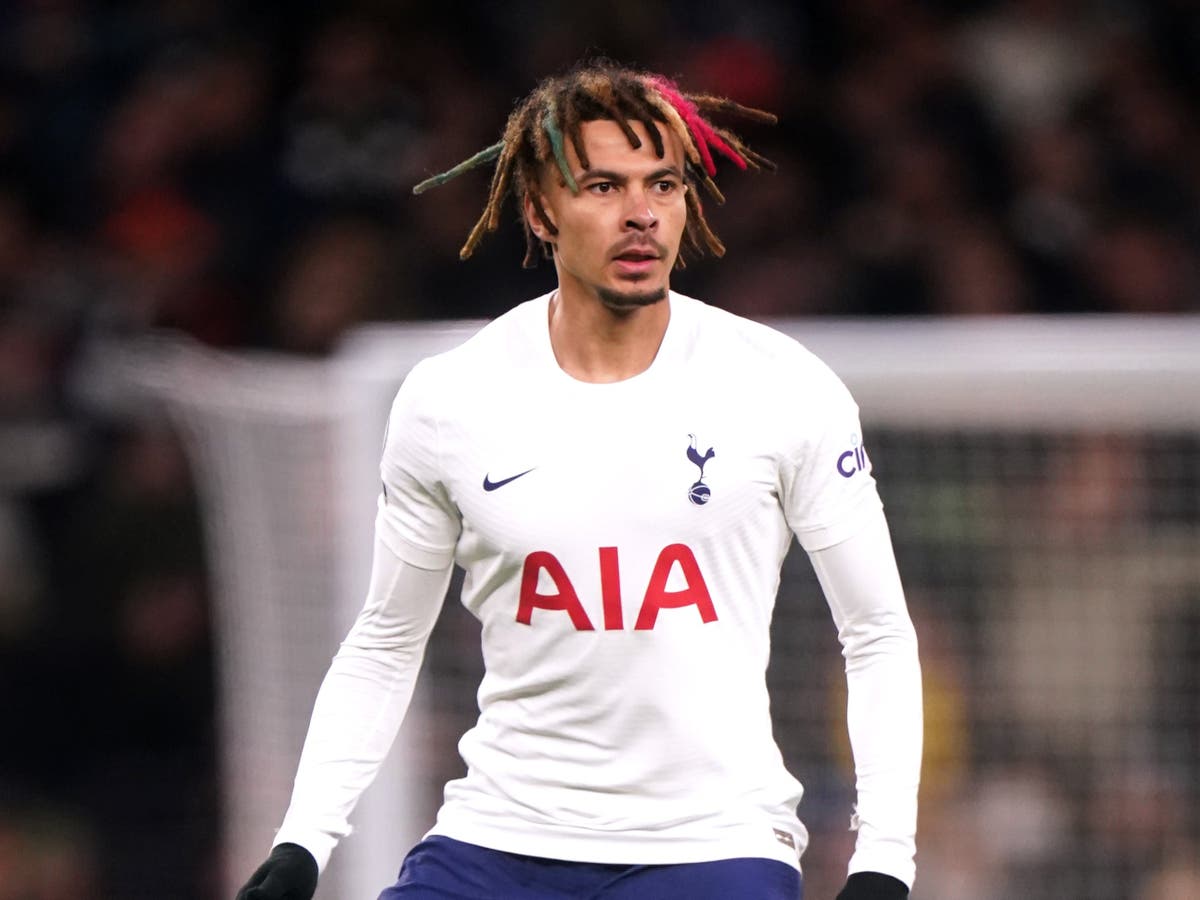 Transfer deadline day is here with several Premier League teams looking set for a busy end to the window. Everton are aiming to sign Dele Alli on a permanent deal from Tottenham following the appointment of Frank Lampard, who has offered the former England international a chance to revive his career. It comes after Spurs completed the double signing of Dejan Kulusevski and Rodrigo Bentancur from Juventus, with Tanguy Ndombele also leaving the club after agreeing to rejoin Lyon on loan until the end of the season.

Arsenal’s Pierre-Emerick Aubameyang arrived in Barcelona ahead of a potential loan deal that hinged on Ousmane Dembele’s move to Paris Saint-Germain – but negotiations for the 32-year-old are on the verge of collapse due to the striker’s wage demands. Newcastle and West Ham are set to compete for the loan signing of Jesse Lingard from Manchester United, while Donny van de Beek could also be on the move as he edges closer to joining Everton. Rangers, meanwhile, are leading the race to sign Aaron Ramsey on loan from Juventus.

We’ll bring you all the latest rumours and done deals right here as the transfer window ticks down to it’s final moments – it’ll all be over at 11pm GMT in the Premier League and Championship, with Scotland having another hour thereafter. Follow all the latest transfer rumours on deadline day below:

Jesse Lingard’s future remains in limbo with only a few hours left in the window. West Ham carry a strong interest after his success at the London Stadium last season, but Manchester United are reluctant to let Lingard go to a top-four rival.

That means Newcastle are the favourites right now, although whether they can come to an agreement with Manchester United over a loan fee remains to be seen.

Dele Alli on his way to Everton

It sounds like Dele Alli is ready to depart Tottenham. The 25-year-old joined as a teenager and has had some good times in north London, earning 37 England caps along the way, but his career has stalled and a fresh start could be just what’s needed.

Frank Lampard’s Everton is the destination, in an odd deal which will see him move for free but rack up plenty of cost for Everton should he succeed at Goodison Park.

Tottenham have finally managed to get two transfer deals over the line on deadline day, completing a double swoop from Juventus to land Dejan Kulusevski and Rodrigo Bentancur.

Antonio Conte had been vocal about needing to improve the players at his disposal if Spurs were to continue their hunt for a top-four finish in the Premier League and return to Champions League football next season, and he has now been boosted by this twin addition after a month of frustration.

After being beaten to Adama Traore and Luis Diaz by Barcelona and Liverpool respectively, the signing of Kulusevski brings pace and ball-carrying ability from wide areas of attack to Conte’s team. He joins on an 18-month loan for a reported fee of £8.3m, with an option to make the deal permanent for £29.2m in future.

No more incomings expected at Spurs after Kulusevski, Bentancur deals

Tottenham Hotspur are not expected to make any more signings following the announcements of Dejan Kulusevski and Rodrigo Bentancur from Juventus. It means Antonio Conte’s side will miss out on a right wing-back after top target Adama Traore joined Barcelona.

According to The Independent’s Miguel Delaney, Tottenham’s remaining business is likely to be outgoings, with Dele Alli on the verge of joining Everton in a permanent transfer.

The deal is set to be a free transfer with a £10million payment dependent on appearances.

And confirmation, too, from Spurs on the Kulusevski deal. “We are delighted to announce the signing of Dejan Kulusevski from Juventus, subject to international clearance and a work permit,” Tottenham said. “The attacking midfielder joins us on an 18-month loan with an option to buy from the Serie A side.”

Confirmation from Spurs that they have signed Bentancur on a permanent deal. The Uruguay international has signed a contract until 2026.

Tottenham have signed Rodrigo Bentancur on a permanent deal from Juventus, a post from the Italian club has confirmed.

Liverpool defender Nat Phillips has joined Bournemouth on loan until the end of the season.

The 24-year-old played a key role in Liverpool’s qualification for the Champions League last season but his made just three appearances so far this campaign.

Phillips was the target of several Premier League clubs, according to reports, including Burnley and Watford.

Aubameyang move to Barcelona on verge of collapse

Latest from The Independent’s Miguel Delaney on the future of Pierre-Emerick Aubameyang:

Arsenal and Barcelona cannot come to an agreement on the format of Pierre-Emerick Aubameyang’s wage demands, putting the move under significant threat.

The 32-year-old is understood to be paid around £350,000 a week, and Barcelona’s budget could not extend to that without getting Ousmane Dembele off the budget.

The Independent reported earlier on Monday that the Catalan club had offered Dembele to Arsenal, but he had no interest in going, and they ultimately couldn’t find an option for him.

That put the Aubameyang deal under strain to the point that Barcelona are being forced to walk, pending any dramatic late turnarounds.