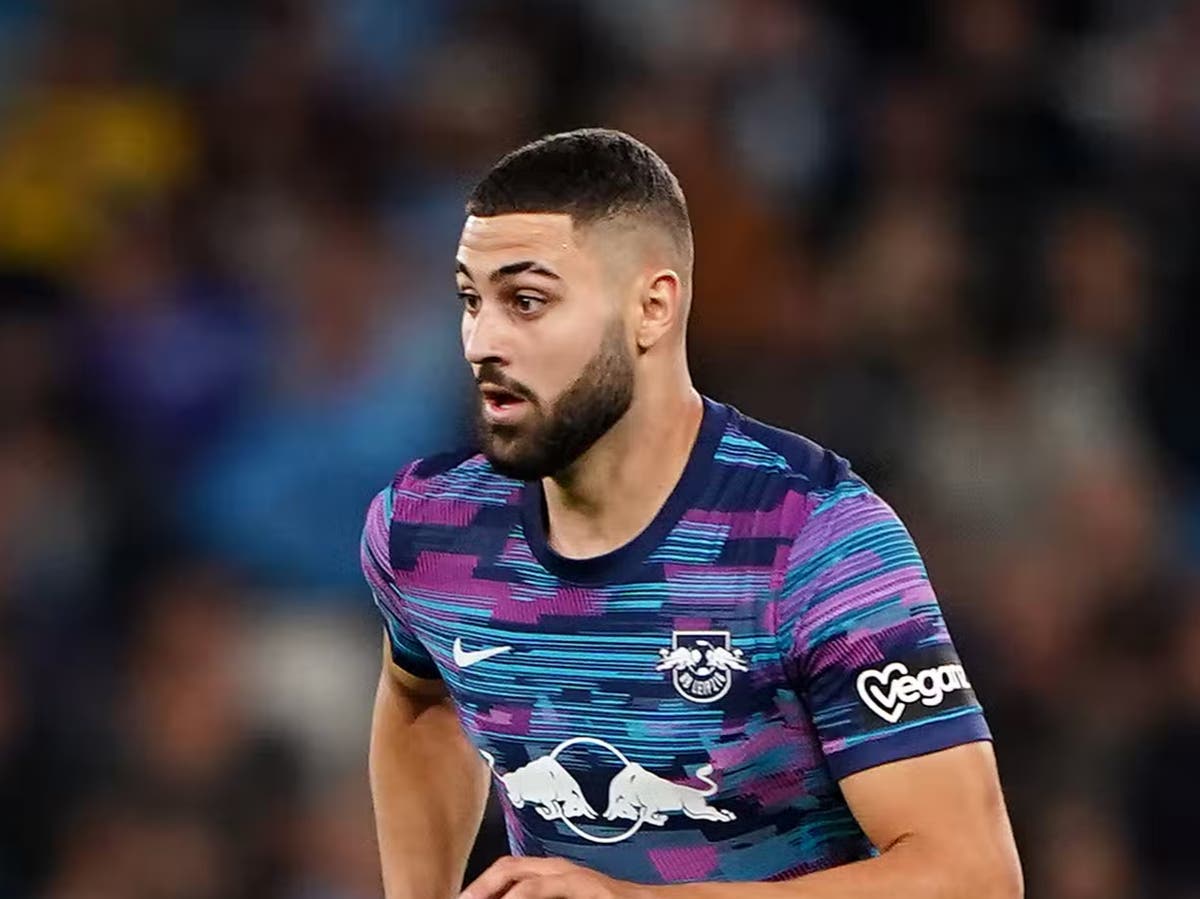 Manchester United confirmed a massive deal with Ajax worth up to €100m for the Brazil winger Antony but there is plenty more happening in the closing hours of the summer transfer window ahead of the deadline. The 22-year-old is set to become the second-most expensive transfer in United’s history and ends a long-running transfer saga, with Erik ten Hag reunited with his forward from Eredivisie.

Cristiano Ronaldo’s future is still not settled but he is running out of options as his agent Jorge Mendes pushes Napoli and Sporting CP as options for the Portuguese, who wants to play in the Champions League.

Elsewhere, West Ham continue to spend lavishly with 24-year-old Brazil midfielder Lucas Paqueta arriving from Lyon while Chelsea will be frantic in the final days with Wesley Fofana set to join from Leicester and links to Pierre-Emerick Aubameyang and Anthony Gordon. Follow all the latest news, rumours and done deals below.

Jesse Marsch insists Leeds “are trying the best that they can” to bring in a new striker before Thursday’s transfer deadline.

Leeds’ pressing need for added firepower was brought into sharp focus after Rodrigo was withdrawn from Tuesday night’s 1-1 home draw against Everton due to a dislocated shoulder.

The Spaniard was replaced by Joe Gelhardt following a first-half challenge with Everton goalkeeper Jordan Pickford.

Everton are expected to win the race to sign Manchester United midfielder James Garner on a permanent basis.

The 21-year-old has attracted interest from a number of Premier League clubs since United indicated that they would listen to offers of aroud £15m earlier this month.

Vieira’s biggest job ahead of the window closing on Thursday looked set to be fending off reported interest in star man Wilfried Zaha from Chelsea and Arsenal.

But, after Zaha opened the scoring with a stunning goal in Tuesday’s 1-1 Premier League draw with Brentford, the Eagles boss insisted there have been no approaches for the forward and that he is not contemplating selling.

Newcastle look set to be frustrated in their wait with the Home Office to obtain a work permit for Alexander Isak.

The application for the £60m signing from Real Sociedad is still with the Home Office as of 10am today, according to Craig Hope of the Mail.

Newcastle can wait up to 75 minutes before kick-off as they wait to see if Isak can make his debut against Liverpool tonight.

Everton to pay up to £15m for James Garner

Manchester United could bring in £15m if add-ons are triggered in the sale of James Garner ahead of his proposed move to Everton.

The Athletic report the most the Toffees will pay is £15m.

With the midfielder set to leave permanently after a loan spell at Nottingham Forest last year.

He said: “I’ve just been focused on Palace and every game. I go into training, I get on with it and I enjoy it.

“So I’ve been focused. It’s different, it’s hard to explain but it feels like a family here. That’s the understanding we have.”

Chelsea continue to be busy in the summer transfer window and the club looks set to keep chasing targets right up to deadline day.

With a list of leavers including Romelu Lukaku, Antonio Rudiger and Timo Werner, though, Tuchel is looking to further replenish his squad, targeting a number of familiar Premier League faces in a bid to mount a genuine title challenge.

Who could be joining Thomas Tuchel’s side before the end of the summer transfer window?

Arsenal have enjoyed an excellent start to the Premier League season, sitting pretty on top of the table after four wins in a row to open their campaign, but that has not stopped the Gunners being linked with new signings before the end of the transfter window.

Mikel Arteta’s side have been linked with a winger, as Nicolas Pepe is heading out on loan for the season. Arsenal’s strong start on the pitch has followed a productive summer off it as Arteta further refines his squad after missing out on Champions League qualification last season, and there are rumours that recruitment drive could continue.

RB Leipzig managing director Oliver Mintzlaff has ruled out selling Josko Gvardiol to Chelsea. The left-footed centre-back will not be allowed to leave during this window.

There is no release clause for the Croatian, who is thought to be “very happy” at the club.

The 17-year-old forward was released by the Gunners a year ago, but Spurs have now swooped, agreeing a deal with the Blades.

Lankshear’s contract will run until 2025 with his immediate action in the academy.