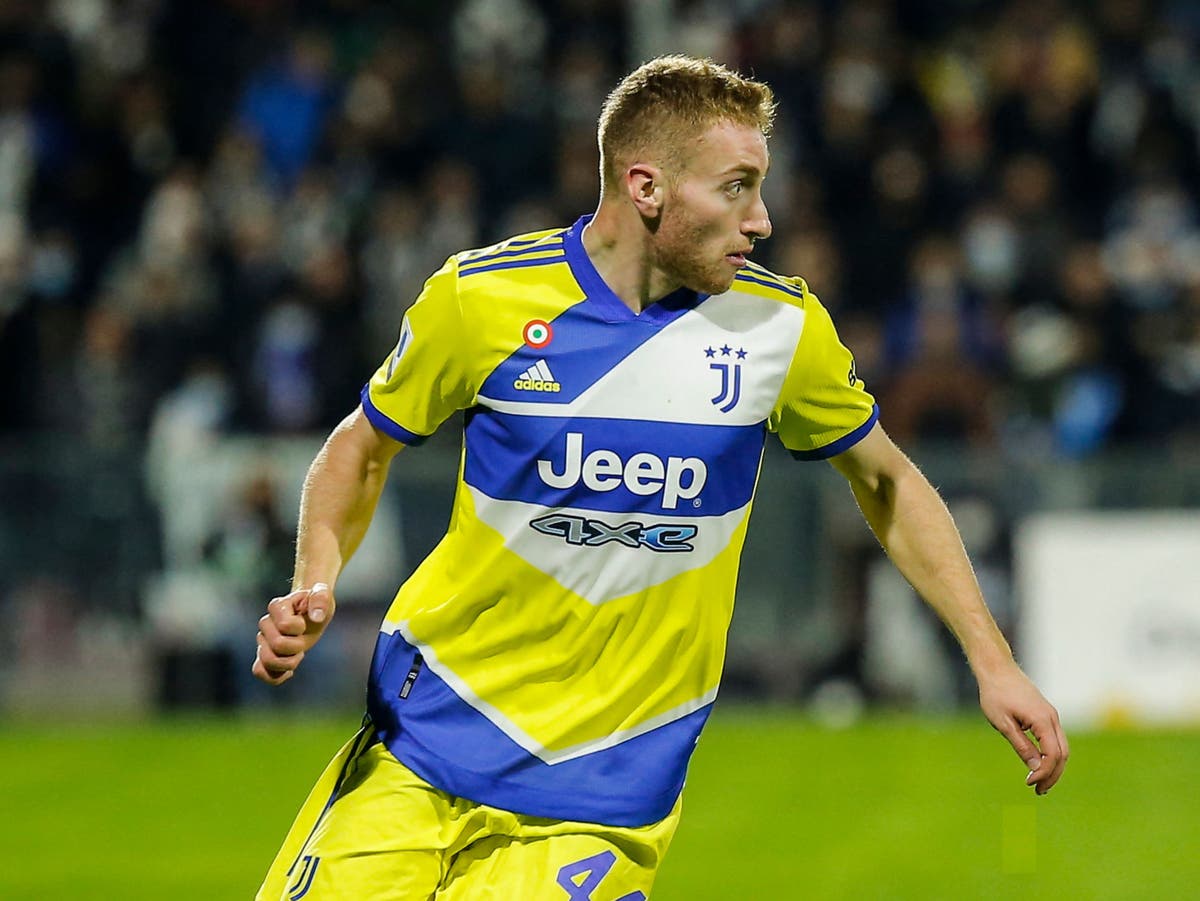 The best of Kulusevski at Juventus so far

Several Premier League teams look set for a busy transfer deadline day, with Tottenham Hotspur prominent among those trying to get deals over the line before the window shuts. Antonio Conte’s team have already been thwarted in trying to sign Adama Traore from Wolves and Luis Diaz from Porto, the latter heading to Liverpool in the biggest deal of the month so far for any top-flight English side.

Newcastle have been busy completing three signings, with Dan Burn expected to join Bruno Guimaraes, Kieran Trippier and Chris Wood as new arrivals at St. James’ Park, while Brighton have also been fending off bids for midfielder Yves Bissouma during this month. Arsenal’s Pierre-Emerick Aubameyang, Manchester United pair Jesse Lingard and Donny van de Beek and Liverpool duo Divock Origi and Nat Phillips are just a few more of the players who could still be on the move on Monday.

We’ll bring you all the latest rumours and done deals right here as the transfer window ticks down to it’s final moments – it’ll all be over at 11pm GMT in the Premier League and Championship, with Scotland having another hour thereafter. Follow all the latest transfer rumours on deadline day below:

Tanguy Ndombele is set to leave Tottenham on loan today as Lyon finalise the details of his return to the Ligue 1 club.

Ndombele, who broke Tottenham’s transfer record when he signed from Lyon in 2019, has fallen out of favour with Antonio Conte.

Finishing touches on the deal, including whether a option to buy clause will be inserted, are being finalised today.

Newcastle have made a deadline day bid for Stade Reims striker Hugo Ekitike.

According to Sky Sports, Newcastle have had a bid of around £25 million accepted for the 19-year-old, who has scored eight Ligue 1 goals this season.

West Ham have also been linked with the striker this January but Newcastle appear to have upped their efforts in order to sign Ekitike before the deadline.

Brentford’s director of football, Phil Giles, said: “We first discussed the possibility of Christian joining Brentford when we heard that he would be leaving Inter. It is fantastic that he is now with us.

“Naturally the process of signing Christian was more elongated than most transfers. I understand that many people will have questions about the process. In order to respect Christian’s medical confidentiality, we won’t be going into any details.

“Brentford fans can rest assured that we have undertaken significant due diligence to ensure that Christian is in the best possible shape to return to competitive football. Now Christian has made the decision to sign for Brentford, all parties want to focus fully on football.

“We are sure that Christian will make a big impact at Brentford and on the Premier League between now and the end of the season.”

The top scorer for the top team in Portugal. More than a goal or assist every 90 minutes of league play. Two goals in the same Champions League group as the team keen to sign him and the Copa America’s joint-top scorer, along with a certain Lionel Messi.

There’s far more to his game though, and his personality, than mere goalscoring – however important that factor might eventually be in one of Europe’s top teams outlaying big money for his services.

AC Milan are looking into a loan deal for Dele Alli on deadline day, according to Gazzetta dello Sport.

The Italian giants would bring the Tottenham midfielder to the San Siro after a downward spiral for the former England international.

Antonio Conte’s arrival has failed to change his situation, with a lack of game time over several seasons now pushing him close to the exit.

Christian Eriksen hopes to join up with his new Brentford teammates “very soon” after clinching his return to both the Premier League and London.

The former Spurs midfielder arrives from Inter Milan until the summer after working his way back to fitness following his cardiac arrest at Euro 2020 last summer.

“I’m happy to announce I’ve signed for Brentford,” said the Dane. “I can’t wait to get started and hopefully I’ll see you all very soon.”

Brentford have signed Christian Eriksen on a deal until the end of the season, subject to international clearance.

Thomas Frank said: “I am looking forward to working with Christian again. It has been a while since I last coached him, and a lot has happened since then. Christian was 16 at the time and has become one of the best midfield players to appear in the Premier League. He has also won trophies all over Europe and become the star of the Danish national team.

“We have taken an unbelievable opportunity to bring a World Class player to Brentford. He hasn’t trained with a team for seven months but has done a lot of work on his own. He is fit but we will need to get him match fit and I am looking forward to seeing him work with the players and staff to get back towards his highest level.

“At his best, Christian has the ability to dictate games of football. He can find the right passes and is a goal threat. He also has very, very good set piece delivery, both from corners and direct free kicks. He is a player you can find with the ball, and he will come up with a solution to the problem in front of him. Christian will also bring experience of top level football to the Club. I expect him to have an impact in the dressing room and at the Training Ground.”

Barcelona in talks over to land Aubameyang on loan from Arsenal

Barcelona are in talks over a loan move for out-of-favour Arsenal forward Pierre-Emerick Aubameyang.

ESPN report that the Gabon striker would join on loan with an option to buy, but the sticking point remains his reported £250k-per-week wages.

With 18 months left on his contract at the Emirates, Aubameyang has been frozen out after his relationship with Mikel Arteta deteriorated.

Wolves have been offered a late opportunity to sign Aaron Ramsey, with Juventus eager to move the Wales international before the deadline.

The former Arsenal star is out of favour in Turin, with the Mail claiming Bruno Lage can sign him on loan.

There is also interest from Burnley, Newcastle, Everton and Crystal Palace.