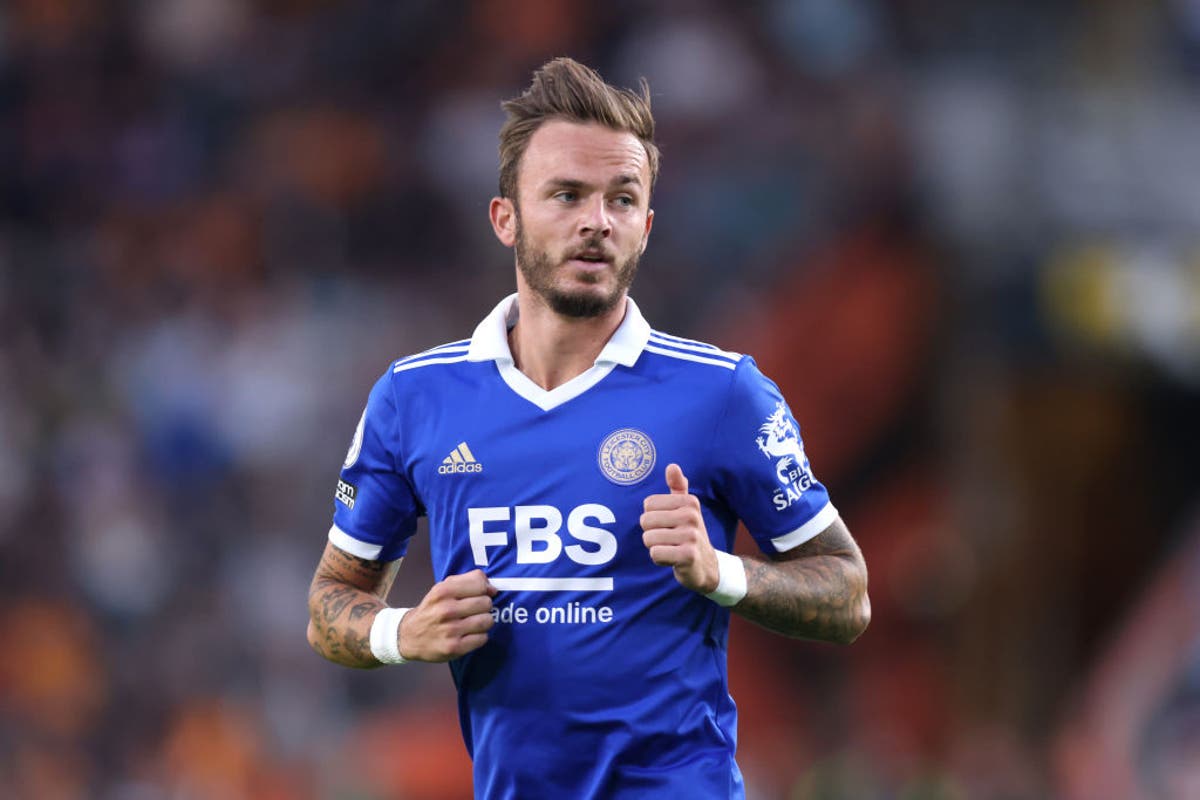 Chelsea are closing in on two new signings as talks progress for Brighton defender Marc Cucurella and Chicago Fire goalkeeper Gabriel Slonina. Contracts for the 18-year-old Slonina have already been signed, according to reports, and it is only a matter of time until the wonderkid – who was a target for Real Madrid – is announced by Chelsea. He has signed a six-year deal and will stay in Chicago on loan this season. Cucurella meanwhile is widely reported as being on the verge of a move to Stamford Bridge, with personal terms verbally agreed, after Chelsea told Brighton they were willing to pay the £50m asking price which Manchester City baulked at.

Leicester have told Newcastle they want at least £60m for James Maddison, according to Football Insider. The England winger has been the subject of two rejected bids already while Brendan Rodgers has dismissed the idea of selling their creative fulcrum, but Maddison is reportedly keen to join the Magpies at St James’ Park, where he can expect a significant payrise.

Elsewhere Manchester United are still thought to be fighting Chelsea for Frenkie de Jong’s signature as both clubs look to pick the Dutch midfielder from Barcelona. United are ready to offer De Jong an enormous £450,000 per week salary and pay off the £17m he is owed by Barcelona in deferred wages during the pandemic, according to Sport in Spain. However, Chelsea are also now in the running and are ready to make an offer if De Jong decides to leave the Nou Camp, Sport writes, with Barca then ready to buy Manchester City’s Bernardo Silva as a replacement.

Follow all the latest transfer news, rumours and updates below.

West Ham are reportedly still keen on Eintracht Frankfurt’s Filip Kostic to replace Masuaku, but are yet to convince the Serbian to join the club. While he will be a free agent at the end of the season, Sky Sports suggest that Kostic would be content to see out his deal in Germany.

News from West Ham, now, regarding the versatile Arthur Masuaku. The left-sided player, who has done his best work on the left of a back-five while in east London is now in Turkey awaiting a medical before joining Besiktas on loan. The deal is said to include an option to buy at the end of the season.

It’s been a curious summer at Barcelona, and the Catalan club are said to still be eyeing more additions despite their financial issues. The sale of a quarter of Barça Studios to socios.com for 100m euros has created some more financial wiggle room, and Joan Laporta suggested the club could yet make another signing or two before deadline day.

“It’s a long summer,” the Barcelona president said. “[The market] doesn’t finish until August 31. We have to register the new signings and hopefully we can do that before August 13 (when the Spanish season starts). Then we will see what happens. It could be that there is another signing.”

Bernardo Silva has been strongly mentioned as a player of interest, and the Daily Mail report that Barcelona could bid for the Manchester City creator, a favourite of manager Xavi.

Could Fabregas return to the Premier League as a manager in the future?

Cesc Fabregas had a natter with Sky Sports yesterday about his move, and teased that he would be keen to return to the Premier League when he concludes his playing career.

“When I become a coach, I’ve always said I think the Premier League has been my league,” Fabregas explained. “It is where I enjoyed my best football, my best years, where people respect me so much. I feel really, really loved in England and it is something in the future that I would like to try.

“But let’s take things one step at a time. I am here to do well for Como, it is a beautiful project. Let’s see where we go from there.”

Well, there are worse places to wind down your career. Cesc Fabregas was confirmed as a Como player last night, joining forces with Dennis Wise, the club’s chief executive, on the lake shoreline as the midfielder continues an aesthetically-pleasing close to his career after leaving Monaco.

Intriguingly, Fabregas has also invested in the Serie B club, becoming a part-owner. He’s joined on a two-year deal.

James Maddison isn’t the only Leicester midfielder who could yet be leaving the King Power Stadium this summer. Youri Tielemans has again been linked with a host of clubs, but most prominently Arsenal, and reports suggest that Leicester are anticipating a formal declaration of interest by way of a bid for the Belgian from Mikel Arteta’s side.

That has not, as of yet, arrived, though, as Brendan Rodgers confirmed after Leicester’s 1-0 win over Sevilla on Sunday.

“There is that possibility [Tielemans could leave] but there has not been anything for him, we haven’t had any approaches to the club yet on that,” Rodgers explained.

“Of course it is in the back of the mind, that sort of what-if scenario, but he doesn’t want anything to drag on either.”

Newcastle are refusing to give up on their pursuit of Leicester’s James Maddison as Eddie Howe attempts to add attacking options to his squad.

The Magpies are understood to have tabled a second, improved bid for the 25-year-old England international having seen their first flatly rejected with Foxes boss Brendan Rodgers adamant he is not for sale.

The Magpies have been frustrated to date in their hunt for attacking reinforcements.

Ramsey on the Riviera

One player certainly destined for France is Aaron Ramsey, who has joined Nice on a free. The former Arsenal midfielder’s contract at Juventus was terminated by mutual consent in July to allow the Welshman to seek a new challenge after an up-and-down loan spell at Rangers.

In other news at Stamford Bridge…

We are also expecting confirmation from Chelsea at some point today or tomorrow that they have secured the signature of highly rated young American goalkeeper Gabriel Slonina. The 18-year-old has enjoyed a breakthrough season in MLS and is set to sign a six-year deal, but will remain at Chicago Fire on loan.

And could it be a case of one goalkeeper in, one goalkeeper out? Fabrizio Romano reports that Kepa Arrizabalaga could be Naples-bound, while Malang Sarr is attracting interest from France and Fulham.

A busy week of ins and outs at Chelsea?

It is only a matter of days now before the start of the new Premier League season, which kicks off with Arsenal’s trip to Crystal Palace on Friday night. But it is another London club that look set to be among the busiest this week as Thomas Tuchel fine tunes his squad ahead of Chelsea’s opener against Everton.

Brighton are holding firm on a £50million valuation for Cucurella, which is thought to have stalled a possible move to Manchester City