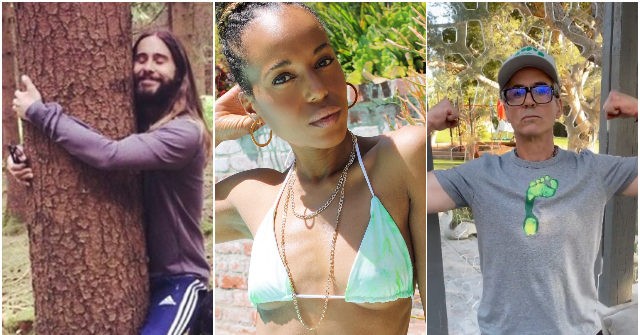 Their activism comes amid the worst inflation in four decades, which has pushed up energy prices, including gas prices, to record levels. As Breitbart News reported, energy prices have soared 32 percent in the past 12 months.

President Joe Biden’s administration has done little to alleviate soaring prices, which have hit working class Americans the hardest. In fact, Biden has only inflamed the situation by cracking down on the oil industry.

.@POTUS @JoeBiden this #EarthDay2022 people are waking up to the true cost of our reliance on oil & gas that fuels war & climate change. Let’s set the US on a different path. Please use your emergency powers to ramp up clean energy now. #CleanEnergyFreedom pic.twitter.com/SKEylbwJg9

.@POTUS @JoeBiden, the U.S. can lead the world in clean energy innovation and independence. It’s time to use your emergency powers to scale up clean energy production, create jobs and address the climate crisis. #EarthDay2022 #CleanEnergyFreedom https://t.co/I9ZL4pWsuW

One way I plan to celebrate and honor our beautiful planet is by donating to @greenpeaceusa – they work every day of the year to protect our global oceans, forests and climate.

Happy #EarthDay! Please join me in supporting a cause I care a lot our planet! with @greenpeaceusa

Barbra Streisand told fans to get involved with The Nature Conservancy, the non-profit environmental group.

Buy some sustainable jewelry and help save the 🌱🌎!!! Today and tomorrow only, @AUrateNewYork is donating a % of proceeds to the Rainforest Alliance to help protect nature and improve the lives of farmers and forest communities. pic.twitter.com/uEMQOI9CpL

Marvel’s Morbius star Jared Leto posted, as he has for several years, a photo of himself hugging a tree.

The wait is over, they are finally here…the @footprintcoalition t-shirt is out NOW! Get them while you can: https://t.co/CDzjzm10Ar pic.twitter.com/QLJjMJgV4p

Rocker Paul McCartney dug deep and posted a photo of a pasture.

Have a great #EarthDay. It is a beautiful planet and the only we’ve got so enjoy it! 🌏 – Paul pic.twitter.com/etEa3zsuQk

Kevin Bacon, who stars in Showtime’s City on a Hill, expressed his family’s desire to keep the Earth “clean and safe.”

Our first #EarthDay together, 32 years ago, down in DC to talk about Global Warming and single use plastic. Celebrating mother 🌎 today and every day and committed to our role in keeping it clean and safe. pic.twitter.com/TRxzBkCkUL

Pee-Wee Herman reminded his fans about the three R’s — reduce, reuse, and recycle.

Seinfeld writer Larry Charles posted a video in which he equated climate change with racism and poverty.

(GET OUT OF) Nature’s Way #EarthDay2022 #ClimateCrisis #Nature
To see the entire video and more go to my channel Larry Charles Projects at YouTube https://t.co/n50AQ07S3i pic.twitter.com/NluUlYjITg

Actress Kristen Johnston slammed the fossil fuel industry by linking to the PBS Frontline documentary The Power of Big Oil.