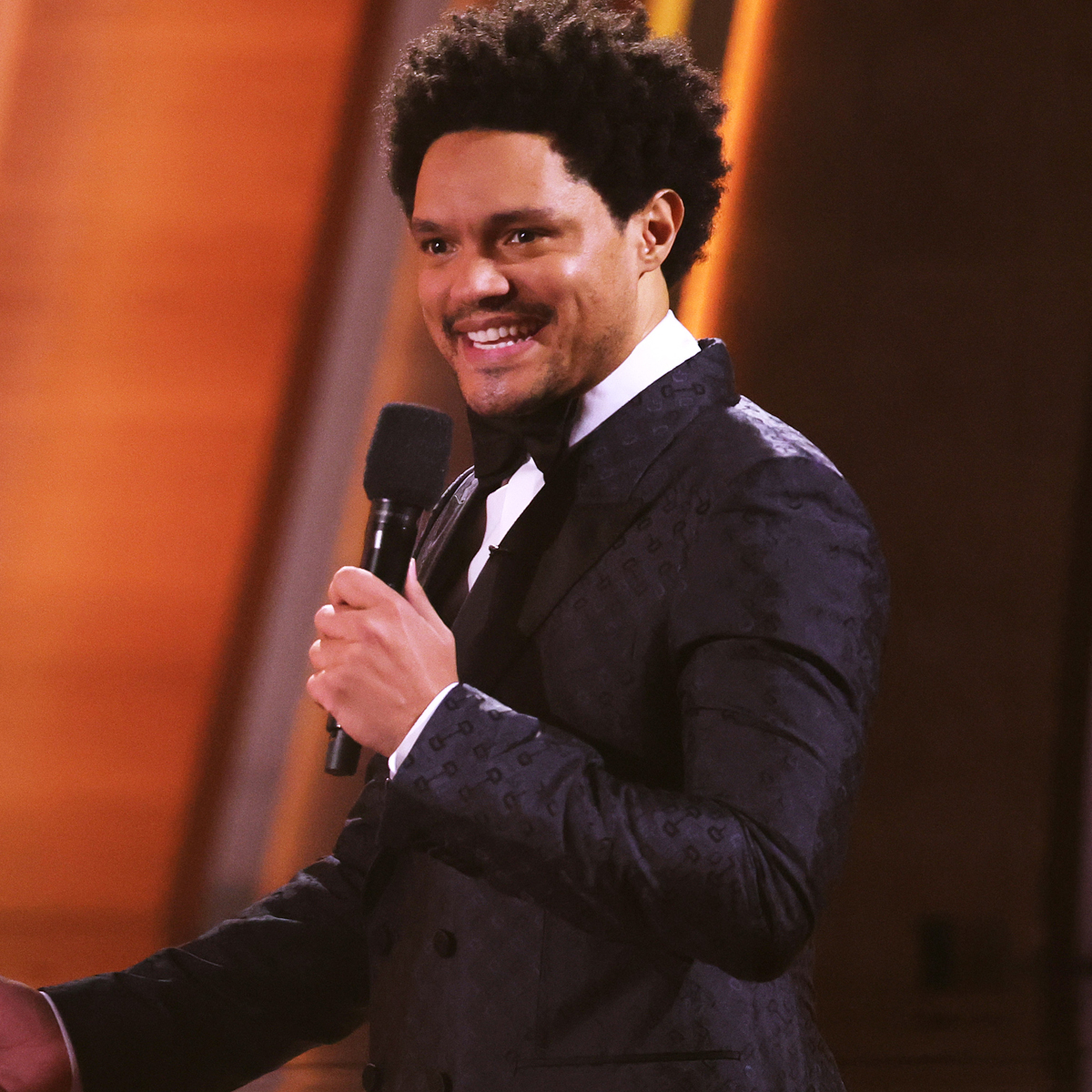 “It’s been a long time coming, and it has been delayed, but we are officially here,” Noah said at the top of his speech. “Better late than never? And look at this room, this is a party. Everyone’s hanging out, we’ve got the tables. We’re in Vegas. Look at this, people are doing shots. I mean, last year people were doing shots but it was more Moderna and and Pfizer, this time we’re back in the mix.”

He went on to playfully roast some of the big names in the room, including Justin Bieber, who he said was “the best thing to happen to peaches since that Timothée Chalamet movie.”