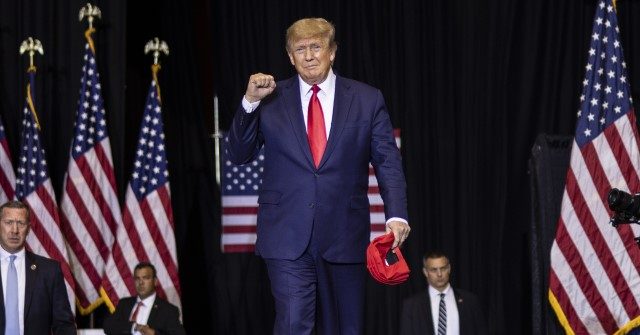 Former President Donald Trump maintains a commanding lead in a hypothetical Republican primary, according to an Oklahoma poll from Amber Integrated released on Wednesday.

The poll asked, “If Donald Trump did decide to run for President in 2024 and the Republican Primary for President was held today, which of the following candidates, listed in random order, would you be most likely to vote for?”

The polling comes after the FBI raided Trump’s private residence at Mar-a-Lago. Since then, Republicans have become highly energized.

According to an Economist/YouGov poll on Wednesday, the Republican enthusiasm lead increased by a net of five points over Democrats’ enthusiasm levels after the FBI raid.

Additional polling confirms the YouGov polls. According to Trafalgar Group, 70.4 percent of respondents said the FBI’s raid increased their overall motivation to vote in the 2022 election. Eighty-three percent of Republicans said it did.

“Republicans could win many additional seats, both in the House & Senate, because of the strong backlash over the raid at Mat-a-Lago,” Trump said on Truth Social. “Polls are showing that some lost Republican territory over the last number of weeks has been more than made up with the unannounced Break In by the FBI, which should never have happened!”

The Amber Integrated polling measures the political opinions of Republicans likely to vote in the August 23 run-off primary elections in Oklahoma. The poll sampled 684 likely Republican voters from August 11-15 with a margin of error of 3.8 percent.