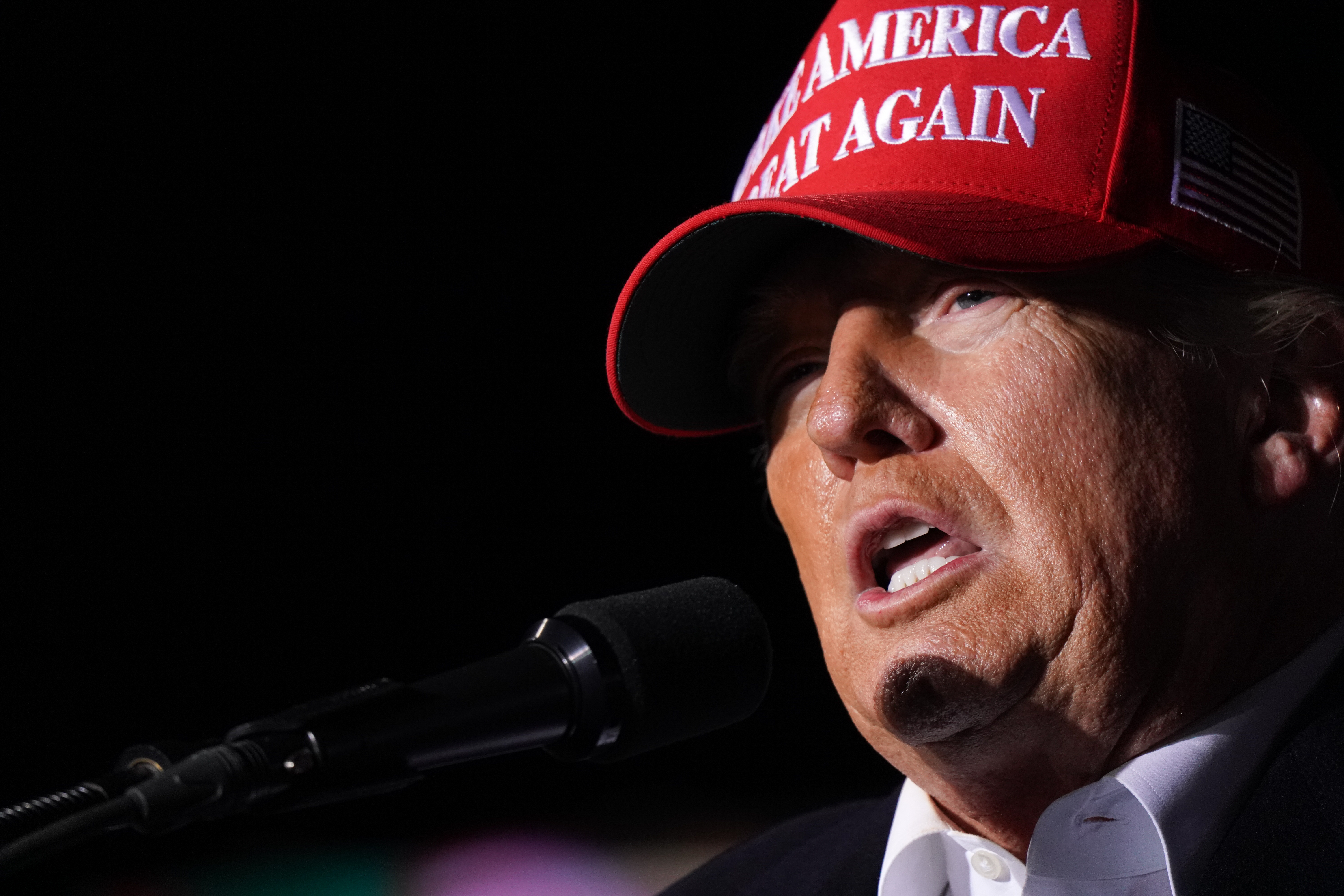 Before Donald Trump took the stage in Commerce, Georgia for a campaign-style rally Saturday night, those in attendance were shown a monologue by General George Patton. It wasn’t the actual Patton; like most what took place on stage Saturday night, it was someone acting a part. In this case, it was the general as played by George C. Scott in the 1970 Academy Award-winning film Patton.

Within the hour, Trump had called the chairman of the Joint Chiefs of Staff — Gen. Mark Milley — a “freaking idiot.”

“Where the hell are our General Pattons?” Trump exclaimed, before rehashing an alleged dialogue he had with Milley, the current chairman of the Joint Chiefs of Staff who’d also held that role under Trump. According to Trump — who, as a reminder, lies a lot — Milley advocated for leaving certain American-made weapons in Afghanistan during the withdrawal of U.S. forces while Trump thought otherwise. (Trump also claimed that the United States left some $85 billion of equipment in the country, but the real number is $18 billion, according to an Associated Press fact check.)

“Sir, it’s cheaper to leave the equipment than to take it out, sir,” Trump said, giving an impression of Milley, whom he nominated as chairman in 2018.

“That’s when I realized he was a freaking idiot,” Trump blurted out, in a near replica of comments he made about the general late last year at Mar-a-Lago. “I’ll never forget it. I said, ‘This guy says it’s cheaper to leave all this equipment.’”

The Biden administration, Trump then claimed, is being viewed poorly by world leaders, including North Korea’s Kim Jong-un, whom Trump has oddly, repeatedly gushed over.

“As you probably saw yesterday, now he’s sending long-range missiles up, and he probably doesn’t respect very strongly President Biden. But he liked me. We had two summits. We got along great. I know a lot of things about him,” Trump said, not in a matter-of-fact way, but like a gossipy, elementary school student kind of way.

“He’s a smart guy, he’s a tough guy,” Trump said of the ruthless authoritarian, before cutting himself off, likely sensing the impending criticism. The twice-impeached former president then said that every time he calls a foreign leader of this sort “smart,” he’s dinged for it. But he stood by his comment, of course, and then said the same about Chinese President Xi Jinping.

Smart, however, isn’t the problem here. North Korea’s dictator is a serial trampler of human rights who lives an opulent life while the people of his country starve. In China, Xi is overseeing a clawback of civil rights and replacing it with a techo-dystopia. Nobody would bat an eye if Trump called them smart but also called them out on being rabidly anti-democratic despots. But that, of course, would require Trump to care about democracy.