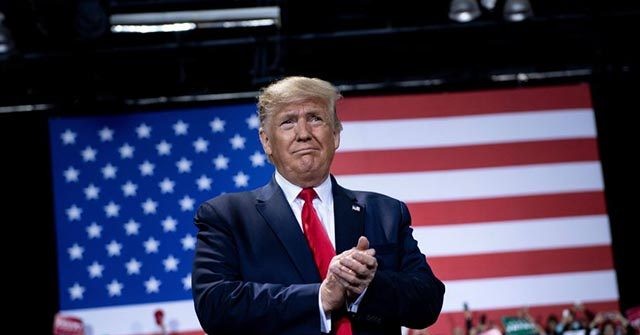 Former President Donald Trump, his campaign, and the Republican National Committee won a round on Friday in federal court against the NAACP and associated plaintiffs, who sued over Trump’s efforts to challenge the vote count in several states.

The lawsuit took aim at Republican attempts to challenge vote counts in several states and metropolitan areas where Democrats had turned out their own voters in droves. The plaintiffs alleged that Trump’s challenges “sought to overturn the result of the election by disenfranchising voters, in particular voters of color in several major metropolitan areas.”

Then-candidate Joe Biden boasted in 2020 that he had hired hundreds of lawyers to mount challenges in the event Trump won the election. Moreover, Democrats concentrated their turnout efforts in states with large urban populations. And Facebook CEO Mark Zuckerberg and his wife spent hundreds of millions of dollars to turn out voters in Democrat-heavy counties in key states. Mass vote-by-mail also attracted close scrutiny in states where it was attempted for the first time.

“Defendants’ efforts to disenfranchise hundreds of thousands of voters—targeting cities with large Black populations, including Detroit, Michigan, Milwaukee, Wisconsin, Philadelphia, Pennsylvania, and Atlanta, Georgia—repeat the worst abuses in our nation’s history, where Black Americans were denied a voice in American democracy for most of the first two
centuries of the Republic,” the lawsuit claimed.

The judge in the lawsuit was Emmet Sullivan, the same judge who presided over the trial of former National Security Advisor Michael Flynn, and who was perceived by many observers to have a bias against President Trump in that case.

Donald Trump and the Republican party do not have to face allegations that they violated the Voting Rights Act in the 2020 presidential election, a federal judge ruled on Friday.

The judge withheld ruling on whether Trump and the GOP must face claims that they violated the Ku Klux Klan Act, which for now survives intact. Trump and the RNC lost a separate motion to transfer the remaining litigation away from the Democratic stronghold jurisdiction of Washington, D.C.

Sullivan ruled that the civil rights groups lack standing to advance the Voting Rights Act claim because the lawsuit focuses on past conduct, yet seeks relief on future conduct.

The case was closely-watched, because it could have damaged future Republican efforts to monitor elections in Democrat-heavy areas, where Zuckerberg and other activists have concentrated their efforts, raising suspicions about ballot integrity.