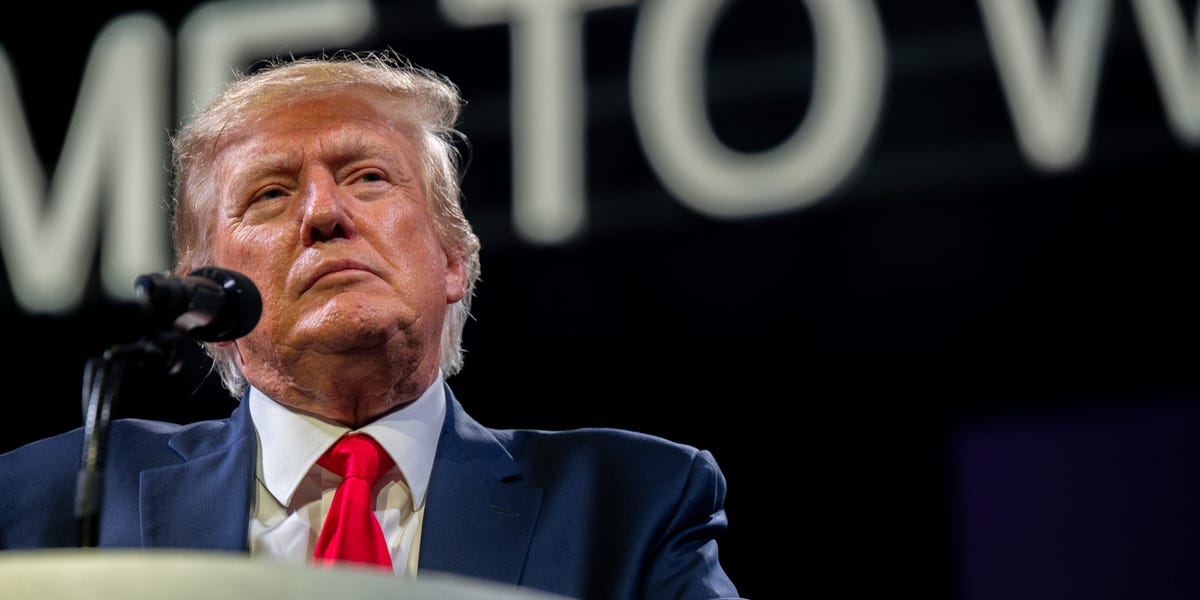 Former President Donald Trump told supporters on Saturday that he’s writing a book about his baseless claim that the 2020 presidential election was stolen from him and said he’ll title it “The Crime of the Century.”

As he spoke for over an hour at an event in Austin, Trump criticized the integrity of the election, comparing the voting system in the US to that of France’s traditional approach, which uses only paper ballots and bars absentee voting and early voting. He hinted that votes in the US were tampered with while in storage.

“I mean, it starts so early and then they want to finish late, right?” Trump said. “This is the greatest hoax, heist. This is one of the greatest crimes in the history of our country. And sadly, the prosecutors don’t want to do anything about it.”

“I don’t think you’ll enjoy it. You’ll be very depressed when you read it, but we want to have it down for historic reasons,” he added.

His unproven claims of widespread voter fraud have been contradicted by an overwhelming number of endorsements from voting experts and officials, multiple US courts, and federal agencies — including the Department of Justice — that the 2020 presidential election was fair.

All of the more than 40 lawsuits launched by Trump and his allies to challenge the election have also failed.

The title of the book Trump says he’s planning to write — “crime of the century” — has been used before by the former president to describe the result of the 2020 election.

But he’s also used it to label other incidents involving him, including his impeachment and an accusation that Hillary Clinton’s 2016 presidential campaign “exploited” internet traffic to gather information on him.

Trump has published nearly 20 books under his name, including a photo book containing captioned pictures of his time as president.