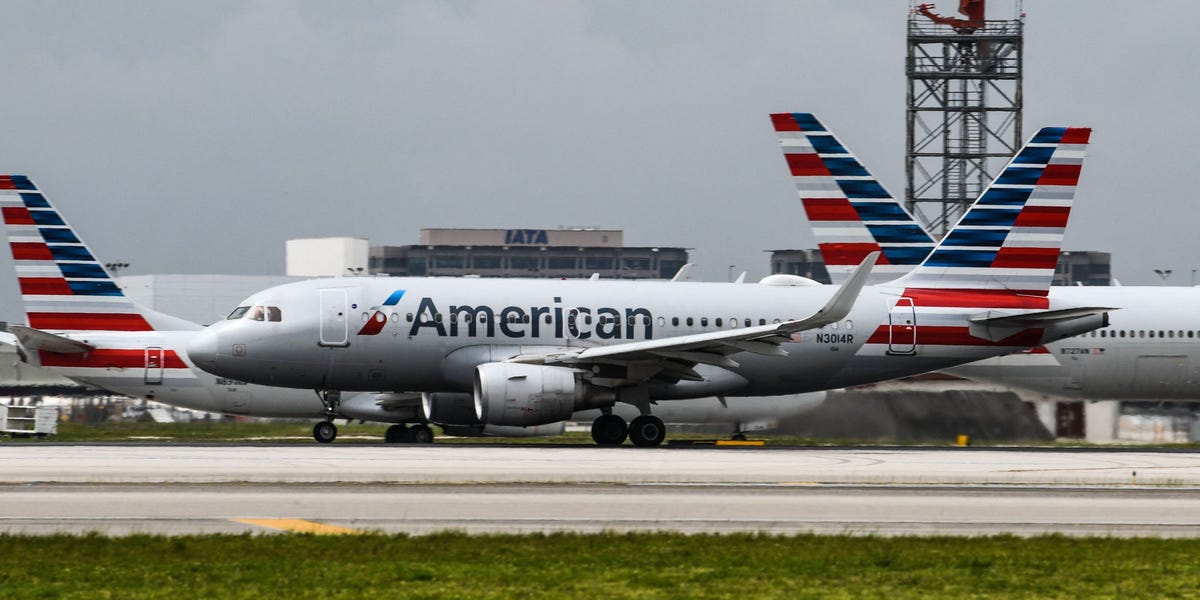 Two American Airline flights were diverted on Sunday due to passenger disruptions.

In the first incident, American Airlines flight 1775 from Los Angeles to Washington DC had to be diverted to Kansas City after an “unruly passenger” displayed “erratic behavior,” the carrier told Insider.

The man told flight attendants, “people were attempting to hurt him, and they followed him on the plane,” according to CNN, citing an affidavit of the incident. He also told them “he heard the individuals harming his family over the telephone,” per CNN, citing the affidavit.

The passenger was identified as 50-year-old Juan Remberto Rivas from Los Angeles, California, according to a Department of Justice (DOJ) press release.

At one point, Rivas grabbed a small champagne bottle by the neck and tried to break it on the counter of the service cart, according to the DOJ, and began “kicking and shoving the service cart into one of the flight attendants.”

He was trying to pull open an exit door when he was subdued by several flight attendants and passengers, according to the release.

Mouaz Moustafa, a passenger on board the flight, posted photos of the disruption.

“A flight attendant used a coffee pot to strike a middle-aged man multiple times who was attempting to open the plane door,” he tweeted.

American Airlines said the flight landed safely at Kansas City International Airport in the afternoon and was met by law enforcement.

Rivas has been charged with one count of assaulting and intimidating a flight attendant and thereby interfering in the performance of the flight attendant’s duties, the DOJ added. If found guilty, he faces up to 20 years in prison.

In the second incident of flight disruption on Sunday, American Airlines flight 694 from Phoenix to Honolulu returned to Phoenix “due to a passenger disruption.” The carrier did not give details of the incident but said the flight landed safely in the evening and was met by law enforcement at arrival.

The incidents come as major US airlines and unions are working with the Biden administration on a nationwide no-fly list, Bloomberg reported on Monday, citing two people familiar with the issue.

The Federal Aviation Administration said it received 5,981 unruly passenger reports in 2021. According to the FAA, more than two-thirds of the incidents in 2021 were due to disputes over face masks.