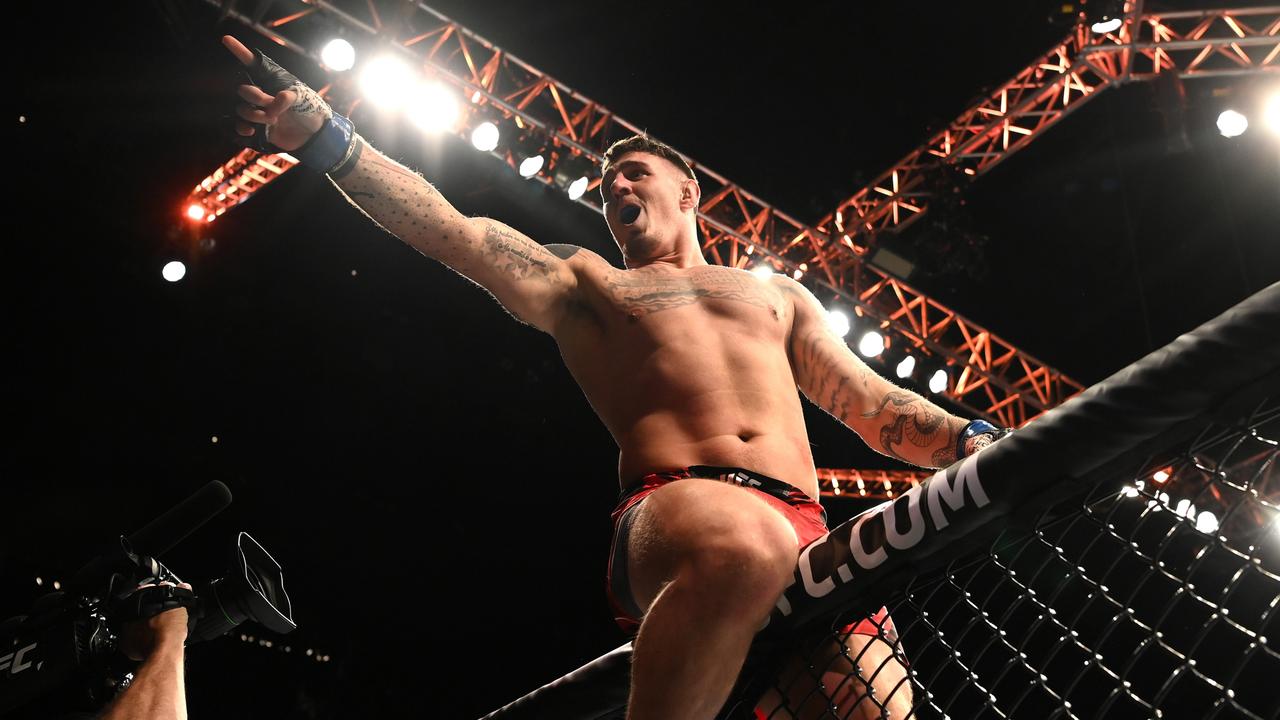 Australian UFC heavyweight Tai Tuivasa is famous for two things: going to war in the octagon, and drinking beer afterwards.

His ‘shoey’ celebrations have become legendary, with the man mountain regularly completing multiple shoeys inside and outside the cage after a victory.

But Tuivasa isn’t the only UFC fighter who loves to trade beers and big blows – and a rising British star has just called out the Aussie after a big victory on Sunday.

Tom Aspinall, the competition’s 11th-ranked heavyweight contender, crushed veteran sixth-ranked contender Alexander Volkov in the first round of their main event bout via an armlocksubmission.

Aspinall moves to 12-2 with his fifth-straight finish – equal with the all-action Tuivasa – and is set to surge up the rankings. Tuivasa currently sits third.

Then the Brit called out Tuivasa, saying: “First thing, someone buy me a beer. Second thing, we drink beer in the UK, not just Australia. So, Mr. Tai Tuivasa, next time you’re in the UK, let’s do it bro, I’m ready for you.”

He proceeded to drink from two beer cups at the same time as he exited the arena, while Tuivasa was hardly impressed as he took to social media with his response.

There was plenty of support for the fight among the UFC community, given the pair’s ability to deliver thrilling fights.

Tuivasa has previously says rankings don’t matter to him, and that he is willing to take on any opponent.

“I don’t watch fighting. I heard there’s the Stipes (Miocic) and Ciryl Ganes and all that up there.

The UFC has been exploring a possible UFC card on Australian soil later in 2022, with Tuivasa almost certainly set to be lined up as a star attraction.