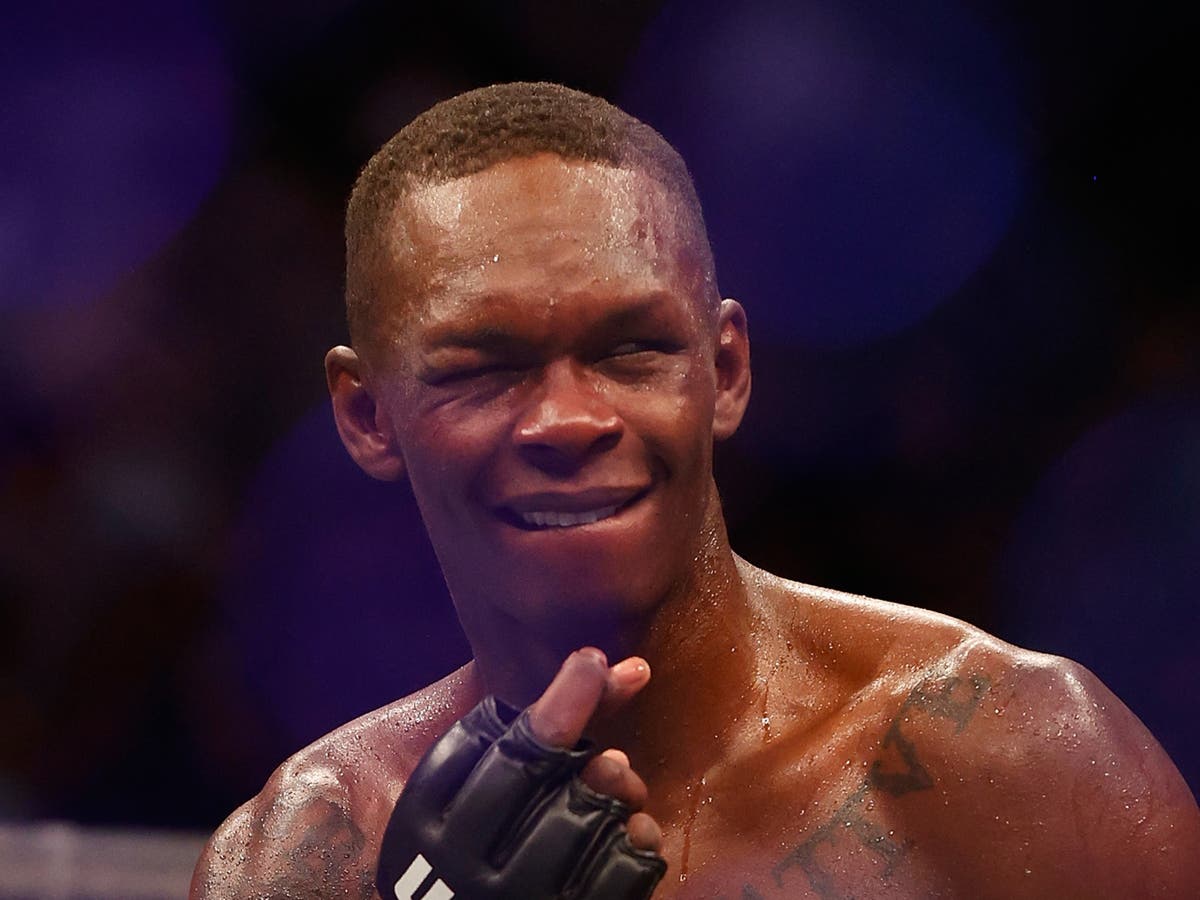 Adesanya defeated Whittaker via TKO in October 2019, taking the UFC middleweight title from the Australian in Melbourne, and the pair are finally set for a rematch in Houston this month.

Bareman, however, has said numerous times over the last two years that Whittaker is not worthy of a second fight against Adesanya, despite the former champion bouncing back from his loss to the Nigerian-born New Zealander with three straight wins.

Ahead of the main event of UFC 271, Adesanya told The Independent in an exclusive interview this week: “Eugene likes to troll with all these f*****g fans, so it’s fun to watch.

“He literally goes in the gym group chat… Someone will send him a screenshot of a comment and he’ll go like: ‘Watch this.’ Then he’ll go on some interview and start to troll the fans because he enjoys it, and it’s fun for us, the anarchy.

“He loves watching them squirm, like: ‘Ooh, Whittaker, [pretends to cry].’”

Between the moments of levity, however, Adesanya and Bareman are hard at work on improving the “Last Stylebender”’s already considerable skillset.

When asked what he has been honing ahead of UFC 271, Adesanya joked: “Wouldn’t you like to know?

“I’m just having fun learning. I’ve always been that kid when I came in this game where people used to say, ‘He’s special, he’s special,’ a lot about me.

“I kind of shunned it, I shied away from it, even though I learned very fast and was able to learn something today and apply it tomorrow. I’m just tapping back into that and accepting it. I am that guy, I am that kid who has that gift to replicate what he sees really quickly.”

Israel Adesanya is an ambassador for Stake.com, one of the leading and fastest-growing cryptocurrency betting and gaming operators worldwide.