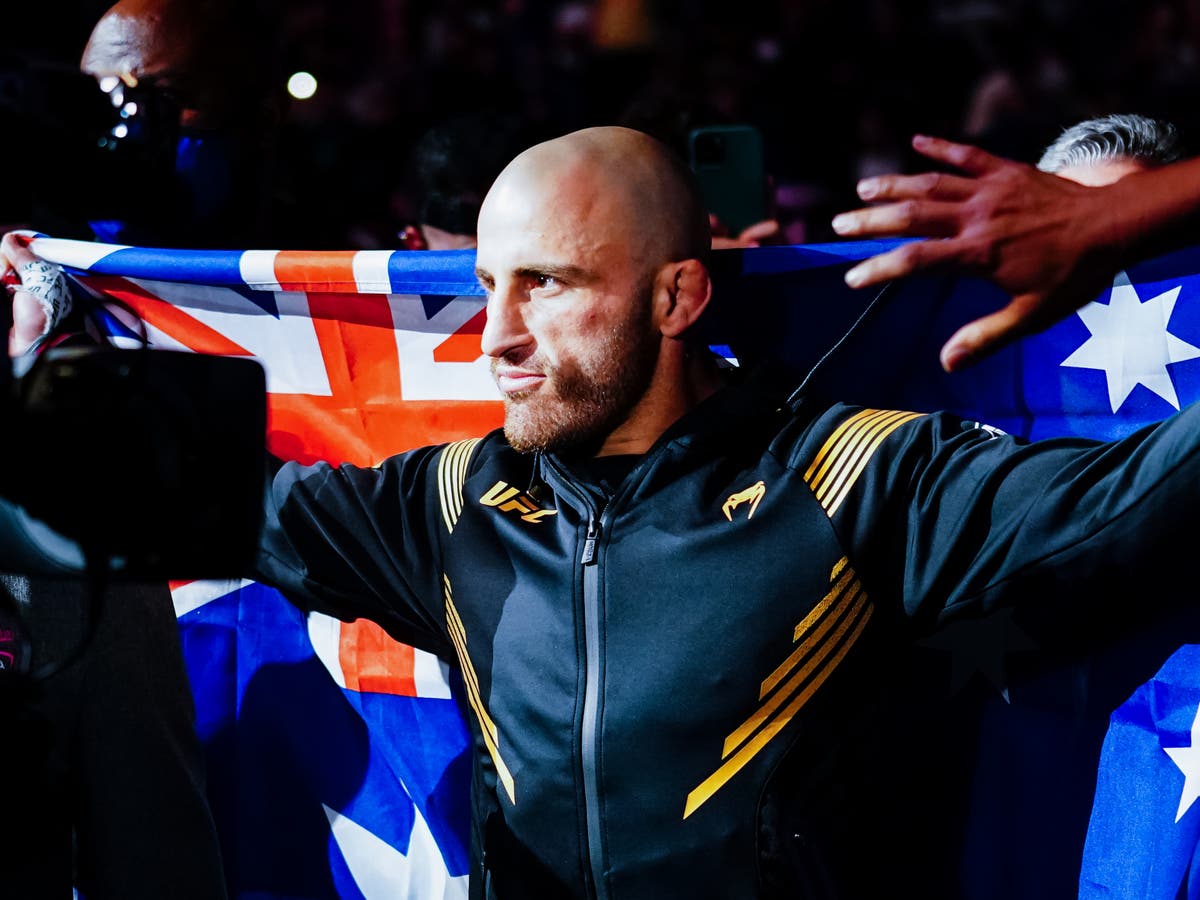 In the main event of UFC 273 tonight, Alexander Volkanovski defends the men’s featherweight title in what he has called a “legacy fight” against the “Korean Zombie” Chan Sung Jung.

Volkanovski (23-1) won the belt from Max Holloway in 2019 before retaining it against the Hawaiian in 2020 – with a controverial decision victory – and the pair were set for a trilogy bout earlier this year. An injury to Holloway, however, ruled out the former champion, setting up veteran Sung Jung (17-6) to challenge for the strap for the second time in his career. The South Korean came up short against then-title holder Jose Aldo in 2013 and is a big underdog tonight, with Australian Volkanovski riding a 20-fight win streak.

In the co-main event in Jacksonville, Florida, Petr Yan looks to regain the men’s bantamweight belt from Aljamain Sterling, to whom the Russian dropped the title last year via disqualification due to an illegal knee. Sterling (20-3) has not fought since due to a neck surgery, while Yan (16-2) claimed the interim title in a fight of the year contender against Cory Sandhagen in October.

Those fights follow the people’s main event, which sees the most-hyped prospect in the UFC, Khamzat Chimaev, take on former title challenger Gilbert Burns (20-4) in a welterweight clash. It is set to be the toughest test yet for the unbeaten Chimaev (10-0), though the Russian-born Swede has won all of his fights via finish, leading many fans to see this as the next step in his rapid rise to the top. Follow live updates from the UFC 273 main card and prelims, below.

The Brazilian, 35, bounced back from his unsuccessful title shot against friend and former teammate Kamaru Usman by outpointing Stephen Thompson last time out.

Russian-born Swede Chimaev is out first. The 27-year-old is 10-0 with 10 finishes. He is 4-0 in the UFC, having absorbed just one significant strike in those bouts – somehow.

He sprints to the ring upon emerging in front of a raucous crowd.

An entertaining fight and the right result.

Next up, the one fans have been waiting for…

Dern vs Torres – Round 3

The women trade leg kicks. Dern misses with a front kick upstairs but will try for a single-leg takedown now.

Torres with an up-kick that seems to hurt Dern! Now a spinning back kick to the body.

Torres connects with some right hands and floors Dern with a well-timed low kick. She allows Dern to stand.

Torres now exhibits her superior striking, mixing up her kicks as the fight ends.

Dern vs Torres – Round 2

Dern cycles through a couple of submission attempts on the canvas – a leg lock, a knee bar…

Dern is now seated on Torres’ stomach, with Torres’ head behind her back. Dern throws some back elbows.

Torres survives an intriguing round.

Dern vs Torres – Round 2

Dern jumps into guard on a standing Torres!

She looks for a triangle briefly, then considers a guillotine, and now a Kimura!

Torres hits the mat and has somehow escaped the hold! Wow!

Dern vs Torres – Round 1

Dern then lands a body kick before connecting with two more right straights!

Torres ends the round with some side push kicks.

Dern vs Torres – Round 1

Dern, who fights out of Brazil, is aggressive with her striking from the get-go.

She also tries to grab Torres a couple of times, risking head clashes.

Dern grabs Torres against the fence, but the “Tiny Tornado” reverses the position.

Now we have all-American strawweight action!