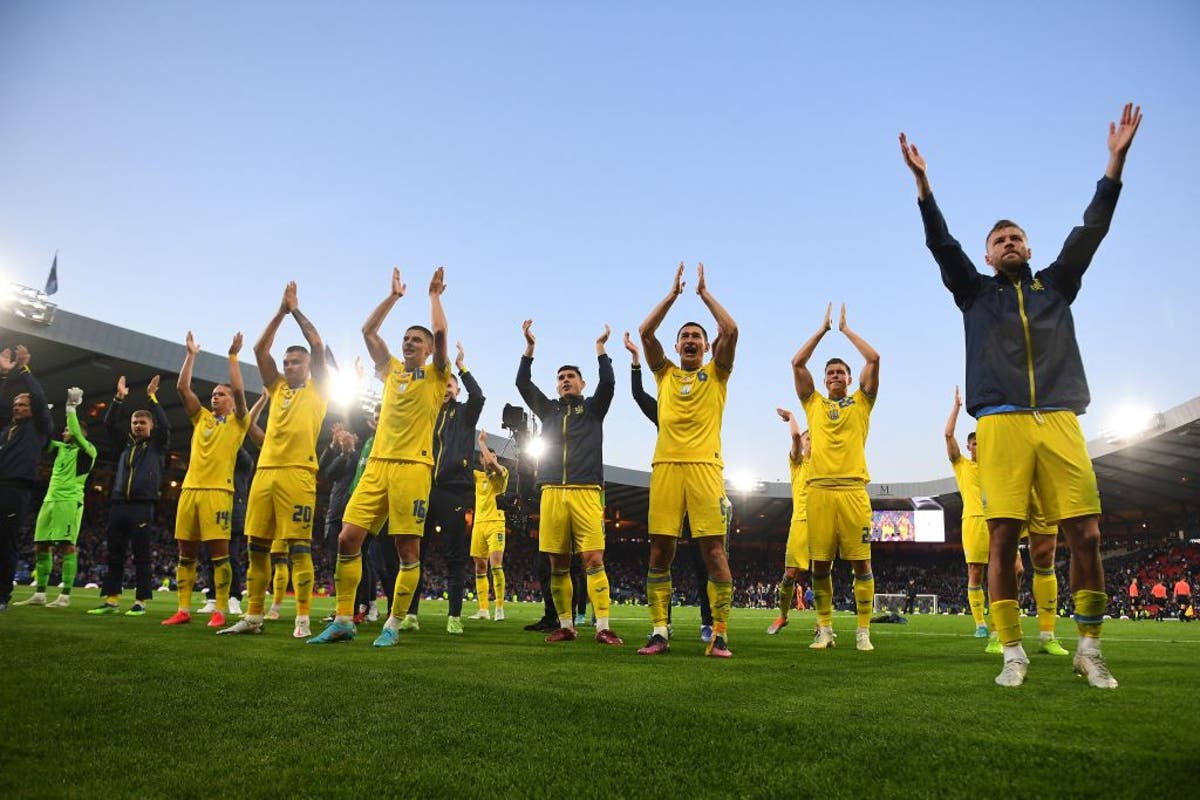 Once the dust had settled on a victory that could be heard across the world the reaction from the Ukrainian players was as calm and collected as the performance that had preceded it. The country is now one win away from qualifying for a World Cup amid war and yet on an evening of intense emotions at Hampden the defining characteristics of Ukraine’s display was of cool heads and minds rather than the burning passion of their hearts.

That had been key as well to a remarkable team performance on an extraordinary night. It was impossible not to be moved by the sight of the Ukraine players emerging into the late Glasgow sunshine draped in their flag and for a moment, as a country’s hopes narrowed on the 11 players standing together on the Hampden pitch, the sound of the national anthem brought tears to their eyes.

“This game for our nation was unbelievable,” said Taras Stepanenko, who had not played a competitive fixture since December and yet excelled in midfield to help steer Ukraine to a crucial 3-1 win in the play-off semi-final. The players who collapsed in exhaustion at the full-time whistle returned to the dressing room to find hundreds of messages from family and friends, as well as those in the army currently fighting on the front line.