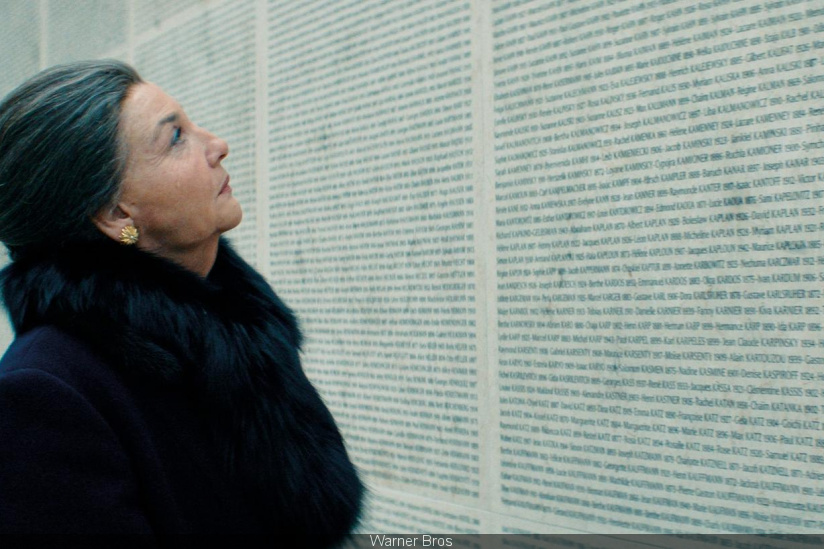 As many as 85 films and a record 55 market premieres will screen at the Rendez-Vous With French Cinema in Paris, a week-long event organized by French promotion org UniFrance.

The event will open on Monday with the world premiere of “Simone: A Journey of the Century,” a biopic of Simone Veil, an Auschwitz survivor who became health minister of France and championed the 1975 law that legalized abortion in France. Directed by Olivier Dahan (“La Vie en rose”), the movie is headlined by Elsa Zylberstein, who completely transformed for the role. Other Angle has sold it to Samuel Goldwyn for North America, along with a string of international deals.

In spite of the pandemic and travel restrictions, the Rendez-Vous is expecting roughly 300 international film buyers from major companies. Participation is down by 30%-40% and several executives have canceled within the last week. All guests will have to be vaccinated twice and show a negative PCR test. Although UniFrance won’t be hosting any cocktails, buyers who are registered for the Rendez-Vous will access a sizeable fresh slate of French movies.

“We’ve never had so many movies slated for market premieres and that reflects the steady pace of filming in France throughout the pandemic,” said Daniela Elstner, managing director of UniFrance.

“When we look at our box office for 2021 it also gives us faith that cinema is still alive even if the situation is complicated right now in several countries in Europe, especially in Scandinavia and the Netherlands, where theaters are shut down,” added the executive, who previously headed the sales banner Doc & Film International.

Gilles Renouard, co-managing director of UniFrance, said the org was also “optimistic because distributors are eager to come even if all they do is watch films in cinemas along with other buyers. They’re all fed up of links and zooms.”

“Against all odds we’re going ahead with the Rendez-Vous because we’ve reached a point where it’s important to give the industry and distributors a positive signal, show that the business is picking up. We need that new dynamic and it can only come from a proper in-person market,” said Grégoire Melin, founder of Kinology (“Annette”) and president of the French sales agents association (ADEF).

Following its merger with the audiovisual promo org TVFI, UniFrance has also expanded the format of its Rendez-Vous market to welcome more than 100 TV buyers and sellers and host pitching sessions for documentaries and TV programs.

The Rendez-Vous will host the TV market over the first three days, followed by three days of film market, with a one-day overlap allowing TV buyers to take part in the film market.

“It will be interesting to see if some new film and TV collaborations will take shape as a result of the Rendez-Vous,” said Renouard.

A series of panels with industry players, ranging from filmmakers to distributors, sales agents and producers, will also be hosted on Dec. 11 as part of the second edition of the Export Day.

French sales companies, which represent a large portion of movies competing at Cannes every year, have sustained the activity throughout the pandemic in spite of the pandemic. “We have 42 sales companies accredited, on par with previous years, some have been weakened by the health crisis but they’re still standing,” said Renouard.

For the second consecutive year, junkets will be held online. Talents will give video-interviews from the Hotel du Collectionneur, the main venue of the Rendez-Vous market.

Comedies represent about a third of films slated, which Renouard says is slightly fewer than usual. “The comedies we have this year are feel-good, dramedies with some social themes,” said Renouard. There are also a few cop and crime films, including “Goliath,” “Torrent” and “Maigret,” as well as a couple of genre movies such as “Deep Fears” and “Ogre.” Documentaries and animated features are also part of the mix with five titles each.

“In this ever-changing context, UniFrance has always been attentive to its members and their needs, striving to constantly adapt, to further enhance the international promotion of French creation,” said Elstner, who added that the 70-year-old org has just changed its visual identity to “reflect this dual requirement, both individual and global, of unity and uniqueness.”