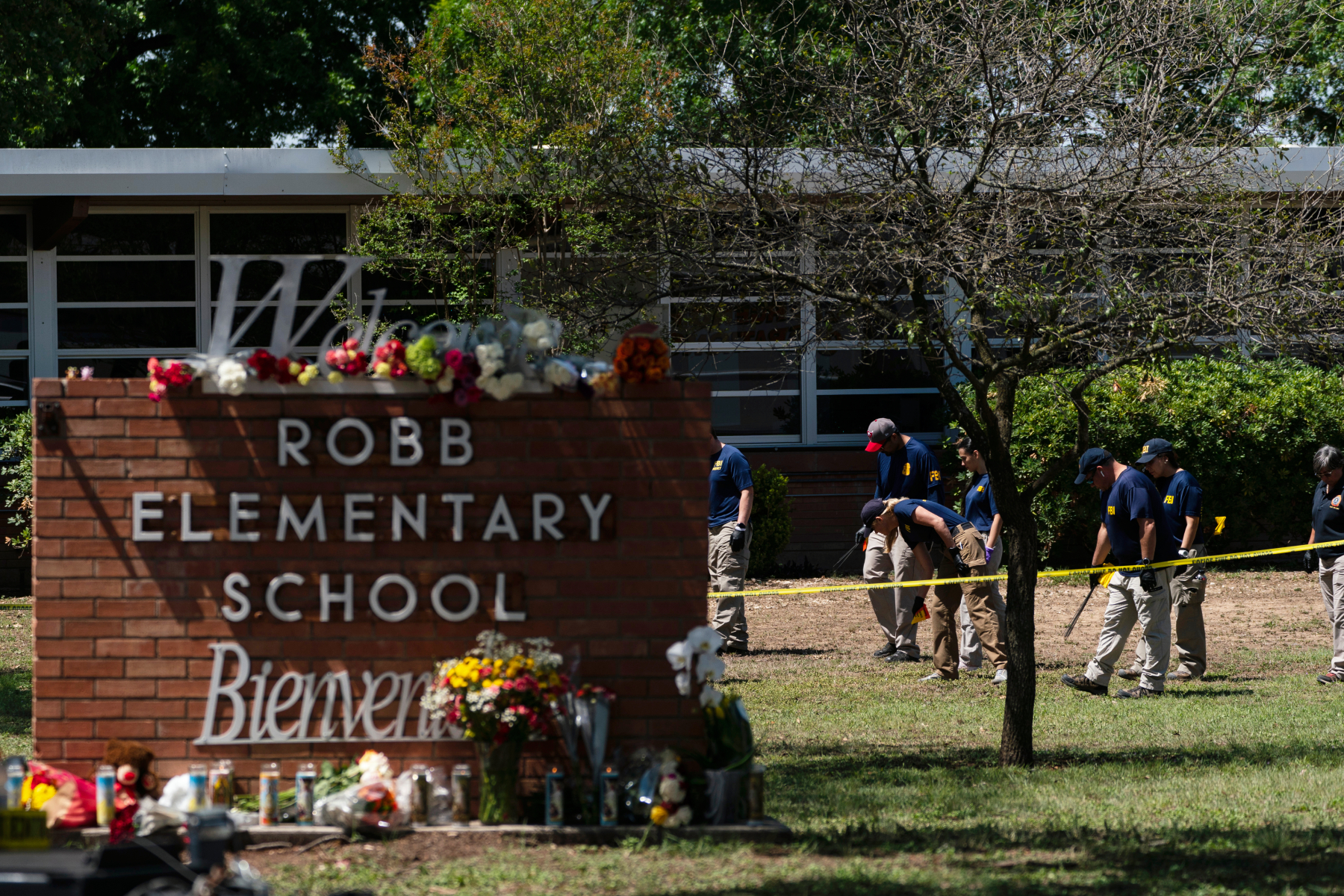 The Uvalde gunman reportedly posted three times on Facebook before shooting his grandmother in the face and then killing 19 students and two teachers at Robb Elementary, Texas Gov. Greg Abbott said at a press conference Wednesday, May 25.

Abbott said the posts were, at this time, the “only information that was known in advance” about the shooting. Approximately 30 minutes before Salvador Ramos reached Robb Elementary, according to Abbott, he shared a post that effectively read, “I’m going to shoot my grandmother.” The second post stated, “I shot my grandmother.” And the third post, which Abbott said went up less than 15 minutes before he arrived at the school, read, “I’m going to shoot an elementary school.”

Abbott offered one of the most detailed accounts of how the tragedy unfolded, though he noted that the investigation is still ongoing. He said it began with Ramos shooting his grandmother, who, while injured, contacted police as Ramos fled. Ramos reportedly crashed his vehicle near Robb Elementary before running into the school.

As Ramos neared the school, Abbott said, several officers “approached the gunman and engaged with the gunman at that time.” However, none of the armed officers on the scene were able to stop Ramos from entering the school through a backdoor. (This detail comes as many prominent Republicans, including Texas Senator Ted Cruz and the state’s Attorney General, Ken Paxton, say the response to school shooters should be more armed police in schools.)

After entering the school, Ramos reportedly walked into one classroom, which was connected internally to another classroom. Prior to Abbott’s press conference, Lt. Chris Olivarez, a spokesperson for the Texas Department of Public Safety, said Ramos barricaded himself in the classroom and that the entire shooting spree took place in that one room. Officers responding to the shooting had to force entry into the classroom. Abbott said multiple law enforcement agencies converged on the classroom and it was a Border Patrol Officer who ultimately killed Ramos.

Abbott shared a few more details about Ramos as well, saying he was reportedly a high school dropout and that no criminal history had been identified yet, nor had it been determined if he had a juvenile record. Abbott said Ramos used just one weapon during the attack, an AR-15.

While Abbott also said Ramos had no known history of mental health issues, the governor said he asked both the sheriff and mayor of Uvalde what the problem here was, and both reportedly responded, “We have a problem with mental health.” Abbott said they “elaborated on the magnitude of the mental health challenges that they are facing in the community and the need for more mental health support in this region.”

As for the ease with which Ramos was able to get his hands on the AR-15 he used in the attack, Steve McCray of the Texas Department of Public Safety said the 18-year-old purchased one semi-automatic rifle at a local sporting goods store on March 17. The next day, he bought 375 rounds of ammunition, and a couple of days later, on March 20, Ramos returned to the same store and bought a second semi-automatic rifle. (As The New York Times previously reported, the gun was purchased at Oasis Outback, an outdoors and hunting store in Uvalde that has a restaurant attached. The general manager of the store said it was cooperating with law enforcement.)

Wednesday’s press conference also featured a notable disruption from Beto O’Rourke, the former Texas representative running to unseat Abbott in the gubernatorial race this year. O’Rourke has been a frequent and outspoken advocate for gun control reform and told Abbott, as he approached the stage, that the shooting was “totally predictable” and that the governor was “doing nothing.” Several officials on stage shouted down O’Rourke, with one reportedly calling him a “sick son of a bitch.” O’Rourke was then escorted out of the building by police.