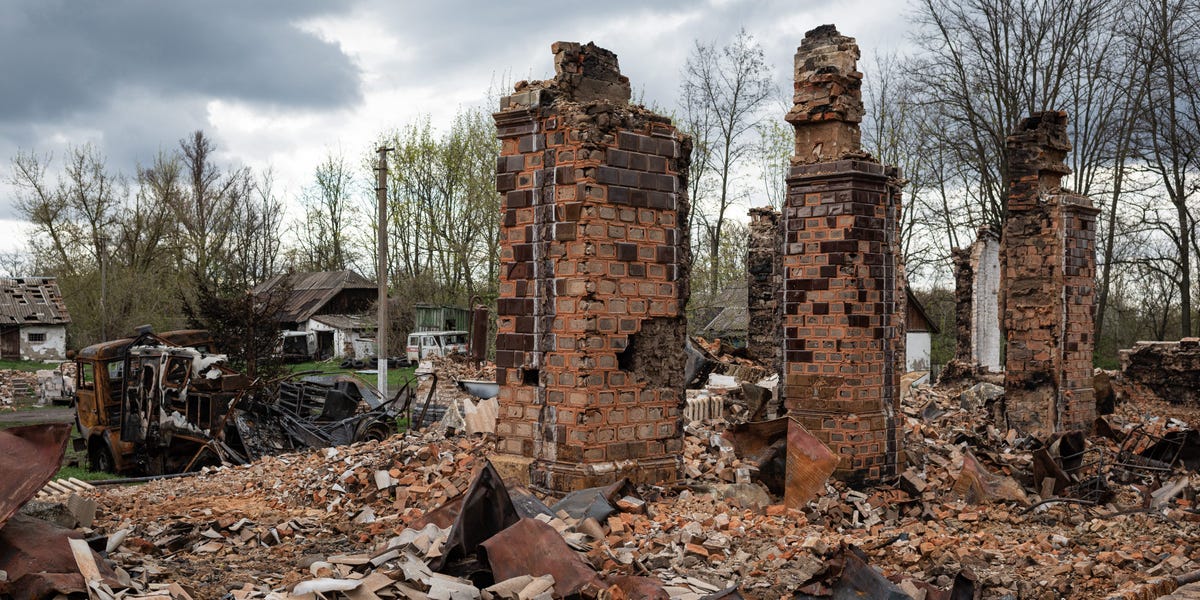 Ukrainian and Syrians who have fallen victim to Russia’s systematic healthcare facility bombing campaigns in both countries should be entitled to reparations through Russian assets and funds that have been frozen, international human rights experts told Insider.

Gissou Nia, an international human rights lawyer with the Atlantic Council, co-authored a report in June urging the international community to do more to hold Russia to account for shattering legal protocols by bombing hospitals in both Syria and Ukraine.

In just the first 100 days of the war in Ukraine, Russian forces attacked approximately 200 hospitals, according to the World Health Organization. In a grim parallel, during the Syrian war, 600 medical facilities were attacked, according to Physicians for Human Rights.

Russia has also targeted humanitarian corridors and employed “double-tap strikes” — bombing a healthcare facility and the subsequent rescue operation — in both Syria and Ukraine.

Russia has denied that it has targeted hospitals and humanitarian corridors in either country.

In their report, the Atlantic Council, an international affairs think tank, said that the pattern of attacking hospitals during wartime “undermines long-established and hard-won provisions under international humanitarian law that are intended to protect civilians during conflict.”

In an interview with Insider about the report, Nia argued that bold solutions like offering reparations through seized Russian assets could be a way forward although there are barriers.

“There’s a big discussion around the seizure and the possible liquidation of Russian state assets and Russian oligarch assets, and using that for Ukraine’s reconstruction,” Nia told Insider. “We do believe that part of that needs to go to reparations for victims, and that is not only Ukrainian victims; that’s also Syrian victims who have suffered violations by the same perpetrator groups. We think any mechanism that is established to do that needs to factor in that recovery — that could be for victims of hospital attacks.”

Celeste Kmiotek, a lawyer focused on those complex legal solutions for the Atlantic Council told Insider that the approach would depend on each country’s framework for seizing Russian assets.

“In the US, despite proposals on the creation of a legal mechanism to seize assets frozen under targeted human rights sanctions, such a bill has not moved forward and so the Department of Justice is still limited to traditional asset forfeiture methods,” Kmiotek told Insider. “Technically, victims can apply for a portion of the seized assets but, in short, they would need to be a victim of the same crimes under which the assets were seized (which tend to be corruption-related), and would need to prove a direct harm with documentation. This, unfortunately, rules out most human rights victims.”

Kmiotek added that right now the DOJ has no formal mechanism for Syrian or Ukrainian hospital attack victims to request that seized Russian funds be repurposed as reparations. And US Treasurer Janet Yellen said in May that it is not yet legal for the US to pursue that route — but that the US is looking into it.

The US and allies have frozen at least $300 billion in Russian central bank assets since Russia’s invasion of Ukraine in February.

“The ideal would be putting the funds toward a US-specific or a global claims process to which victims could apply directly,” Kmiotek added, emphasizing that setting up that legal framework would be time-intensive as well.

Alternatively, another solution would be repatriating seized Russian assets to national governments or trusted organizations. In the cases of Syria or Ukraine that could be a dead-end, Kmiotek said.

“In Syria, repatriation is not realistic given that the current government cannot be trusted with funds, and in Ukraine, there remains an ongoing risk that President Zelenskyy’s government will fall to Russia, and in both countries, refugees who remain outside the country would not benefit,” Kmiotek told Insider. “Organizations have more flexibility, and in the case of Syria are more reliable, but face limitations as to who they can reach, particularly during ongoing wars.”