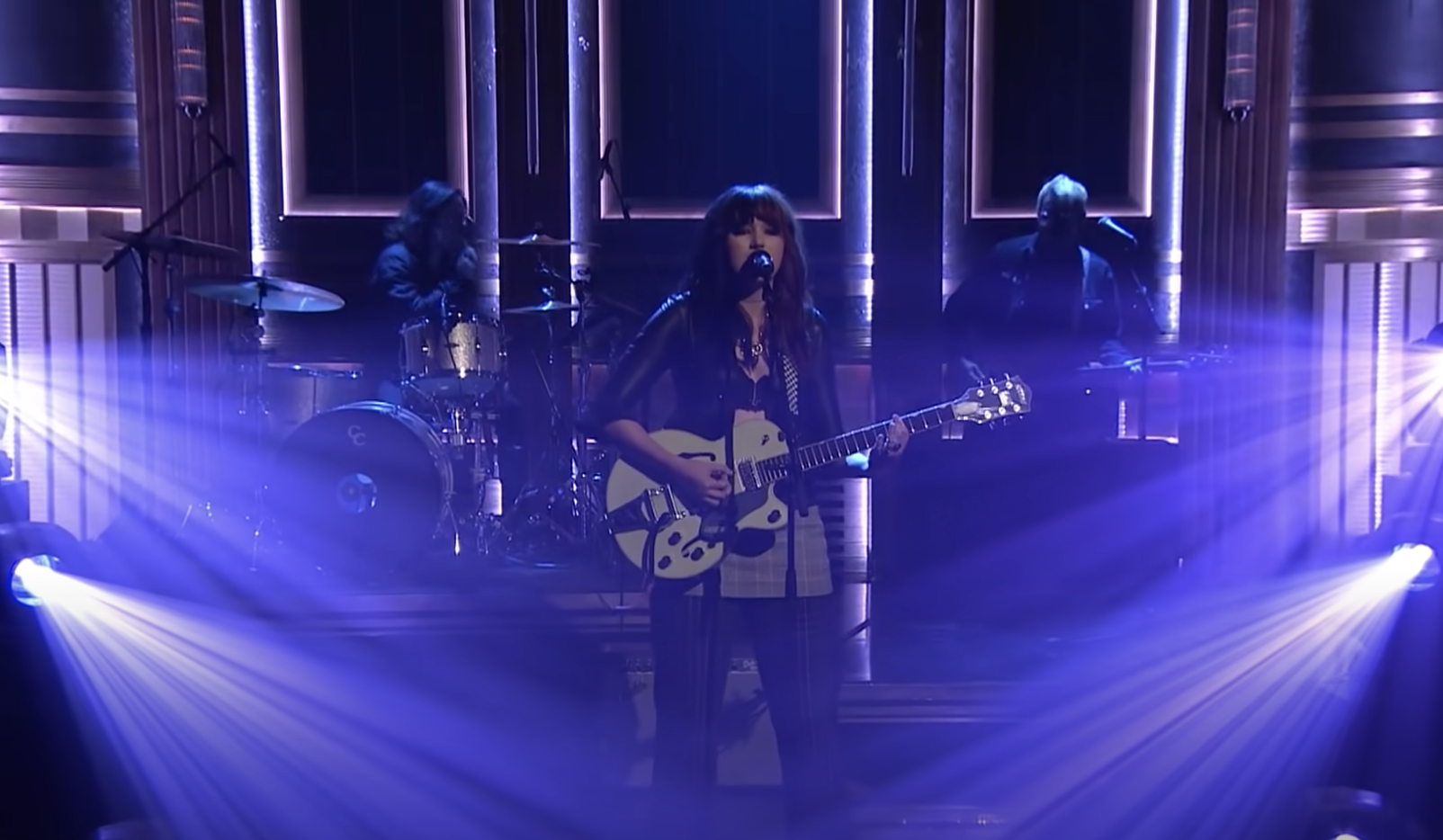 Up-and-coming artist Gayle made her late night TV debut on The Tonight Show to perform her single “Abcdefu.” Joined by a live band, the 17-year-old singer gave an impassioned performance on vocals and electric guitar.

The song, released last August when the singer signed with Atlantic Records, has become a breakout hit over the past six months, landing on several Billboard charts. Produced by Pete Nappi, the irreverent tune embraces teenage angst as Gayle rails against an ex.

“I wrote ‘Abcdefu’ when I was trying really hard to be nice and considerate to my ex,” Gayle explained of the single in a statement. “Then I heard through some mutual friends that my ex wasn’t saying the nicest things about me and all bets were off.”

She added, “That song came from a place of trying so hard to be the nice, respectful ex-girlfriend, to the point where it was negatively affecting me. It’s about asking, ‘Why am I being so nice to this person who completely took advantage of me? and allowing myself to express my anger about that.”

Gayle’s follow-up single is expected later this month, according to a press release.