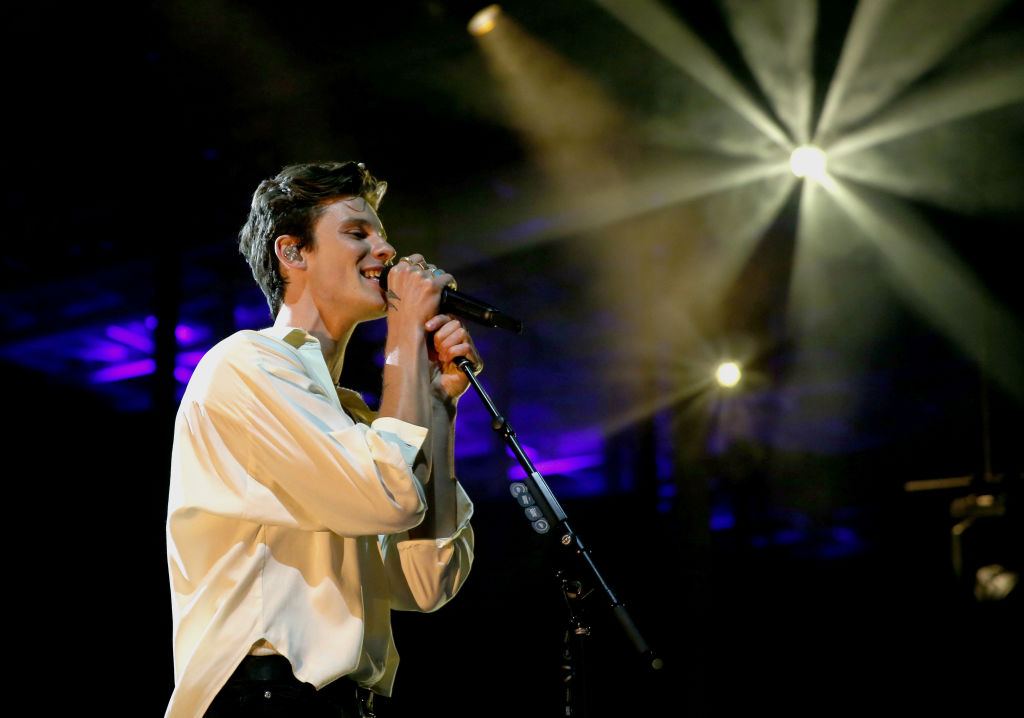 Shawn Mendes debuted a new song at South by Southwest Saturday during his headlining performance at the Billboard + Samsung’s The Stage event in Austin.

Performing before 5,000 fans at the Moody Amphitheater in Austin, the singer shared that he was excited to be working on new music before launching into “When You’re Gone,” an uptempo pop-rocker that sees Mendes lamenting the end of a relationship.

Watch: @ShawnMendes debuts new track “When You’re Gone” at #SXSW “I’m just trying to hold on cause I don’t want to know what it’s like when you’re gone” 🥺 pic.twitter.com/JI8iO3McAf

“It’s hard for me to let go of you, so I’m just trying to hold on,” he sings in the chorus, adding that “I don’t want to know what it’s like when you’re gone.”

While Mendes didn’t reveal what — or who — the song was about, the lyrics to “When You’re Gone” may hint at the singer’s long-term relationship with Camila Cabello, which ended last fall. “I didn’t know that loving you was the happiest I’ve ever been,” Mendes sings toward the end of the chorus, while the second verse finds him admitting that “I need to learn how to cope without you. I’m trying to protect myself but only you know how to.”

“When You’re Gone” was one of 11 tracks on Mendes’ SXSW setlist, which also included hits like “Treat You Better,” “There’s Nothing Holding Me Back” and “Senorita” (sans Cabello). Mendes also brought a fan out on stage to duet on “305,” a song off his 2020 album Wonder. With Covid having put his Wonder Tour on hold after the album was released, Saturday’s event was the first time Mendes performed “305” live in concert.

It was also one of the first times Mendes performed his current single, “It’ll Be Ok” in a live setting. The breakup ballad served as a nice intro into “When You’re Gone,” which had fans in the audience singing back the catchy chorus almost immediately.

Mendes’ SXSW set was a special performance for Billboard + Samsung. The singer kicks off his own tour this week in Europe before coming back to North America for a string of dates this summer.