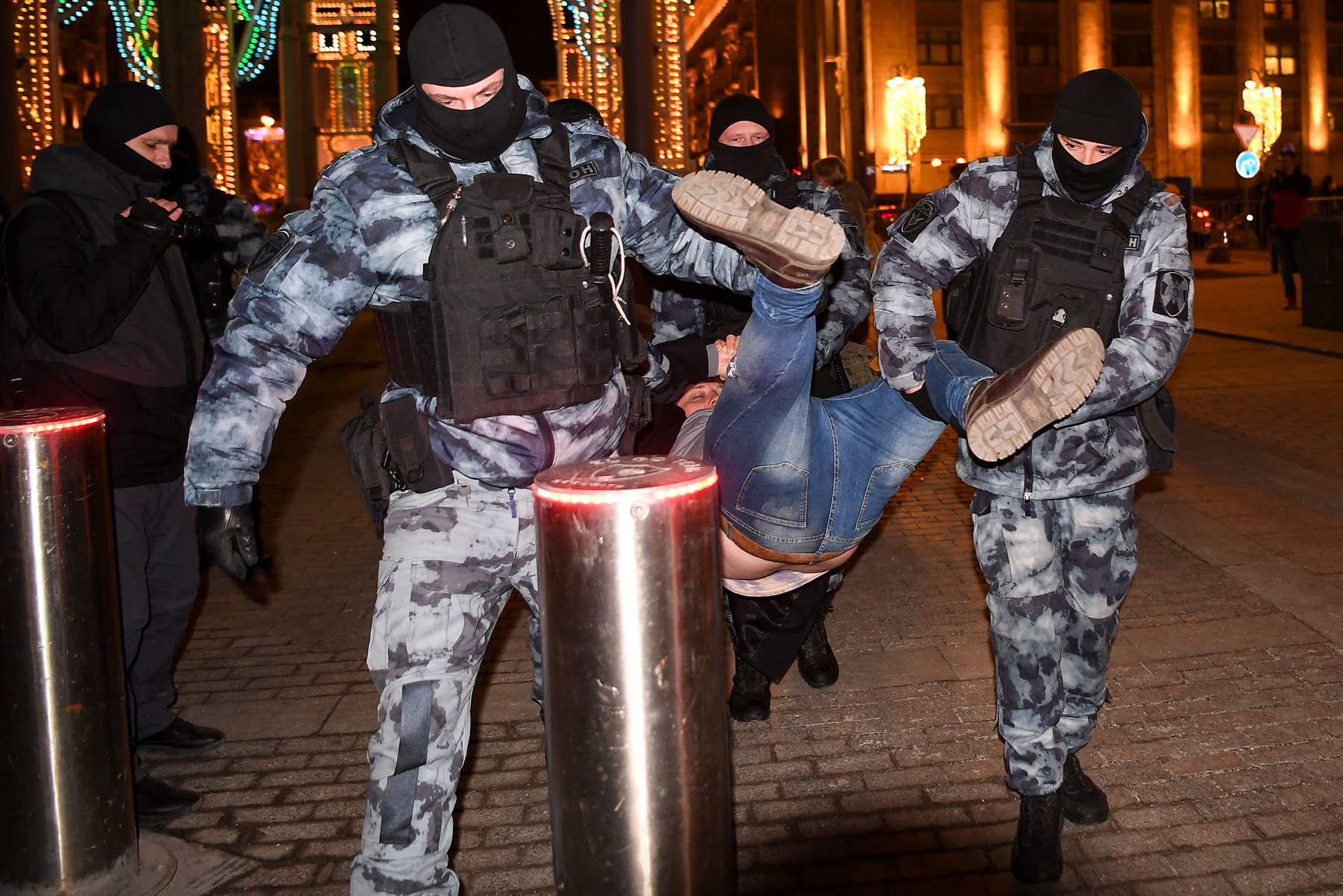 MOSCOW — In that moment, it hit me just how quickly independent journalism died out. Karen Shainyan, my most optimistic friend, whose eyes always reflected confidence and courage, had stayed optimistic on the darkest days—when members of the Chechen LGBT community were rounded up and tortured, when the authorities designated independent media as “foreign agents” and even when the opposition leader Aleksei Navalny was poisoned and arrested and sentenced to years in prison.  Now those eyes were filled with fear. On Sunday, I saw him terrified for the first time. “Everything we hoped for is falling apart, all our dreams. We have to run,” he said.

The Russian middle class as we knew it took decades to grow. It fell apart in days. Then, the exodus began. Journalists, businessmen, artists, popular TV presenters, pop stars – some of Russia’s most talented professionals  were fleeing the country.

Before the war Shainyan had two little sons — one in Kyiv and another in Moscow. They had suddenly become political symbols, of a kind. A few days before Shainyan and I spoke at the crowded Flaner restaurant in Kitai Gorod, Moscow hipsters’ favorite neighborhood, Putin decided to “demilitarize and denazify” Ukraine. In his speech, Putin declared: “I hope that the Russian population would support me.” Shainyan was among the first Russian bloggers, who spoke out: “No fuck, not a single reasonable Russian is going to support it,” he wrote, posting a picture of those two boys. “What he declares promises only death, poverty and horrible reputational losses.”

Karen Shainyan at the Russia House at the 71st Cannes Film Festival on October 5th, 2018

A few days later Shainyan realized how badly authorities decided to crack down on all dissenters: 15 years in prison for everybody who spreads “fake news.”

Outside the big, graceful windows Moscow put on display to the world, its House of Cards was falling apart. People were waiting in line at the bank on the corner of Myasnitskaya Avenue. They hunted for cash in ATMs to save their melting savings. It was the seventh anniversary of the assassination of the opposition leader Boris Nemtsov; a rally was planned in the city center. A friend, an actor, called from Saint Petersburg: The world famous Kirov theater was cutting staff both in the orchestra and in the ballet troupe. He was hoping to catch a train to Finland — and praying the Finns still let Russians in on tourist visas.

For a while it seemed as if Shainyan might be prophetic. Russians rose up against the war in at least 40 cities. But the protests looked chaotic: groups of dozens of Moskivites were wandering along the streets and squares, running away from squads of policemen, looking for shelter. Police detained more than 6,000 anti-war protesters — popular artists, television presenters, directors of leading Russian theaters. Politicians and even oligarchs called against the war in Ukraine. But something terrible happened.

Russia’s prosecutor general banned the Echo of Moscow radio station —the one that aired news from Ukraine frontlines day and night — as well as the only television channel, Rain, that still broadcasted voices of the opposition. Tikhon Dziadko, editor-in-chief of Rain TV, was in the studio with his team when a security guard arrived with a warning: the police were on their way. Dziadko told everybody to immediately leave. After all reporters escaped the Rain’s newsroom, Palonsky asked the building’s security about the exact words in the threat. “He told me the threatening message sounded ‘blurry,’ it wasn’t clear if it was coming from police or thugs,” Vasily Palonsky, one of the presenters at Rain TV told me in an interview on Thursday.

Every time something terrible happens — when Putin’s critics go to jail, get poisoned or shot, say — Russians bring up the symbolic date of 1937. There had never been a darker period in Russian history than the Great Purge, the peak of political repressions, when Josef Stalin’s NKVD arrested more than a million people and executed hundreds of thousands. Shainyan, for one, hated that comparison. But this week, it started to feel more appropriate, even to him. It was hard not to draw comparisons between the Duma’s proposals to punish all war critics with 15 years of jail for “fake news” and Stalin’s repressions. Everyone knew how dark, how murderous things could go. The choice to flee or stay was now a matter of survival.

By Thursday, the exodus became so chaotic, there were hardly any good friends left in the city. “Even if you told me yesterday morning that I should leave, I would not have listened to you. But now all of us either face conscription [into the military] or 15 years behind bars,”  Shainyan told me on Thursday, boarding the plane with his boyfriend. Some mothers tried to convince their sons to run, others begged to their boys to stay and not abandon them. “This is going to be worse than the USSR. Putin will never stop fighting,” Svetlana Ozerova, a nurse from Kitai Gorod, told me.

Dziadko, his wife, Rain anchor Katerna Kotrikadze, and their children fled to Istanbul on Tuesday. They had received threatening messages, suggesting they were targets. “When we came back from Russia in 2019 to work at the only opposition television channel, we knew that by supporting [opposition leader] Aleksei Navalny we risked a lot,” Dziadko told me. “And even after authorities designated our channel as a ‘foreign agent,’ we kept our great, brave team and continued to work for our huge audience. But after Putin sent forces to Ukraine, we realized the situation completely came out of control. Now, Putin is totally unpredictable.”

Many Russian journalists panicked. People evacuated without time to pack — or think of the future. On Thursday morning, Palonsky, one of the best reporters Rain has, popped into his Surf coffee shop at Flakon, a converted factory space that had become a hipster haven — and a kind of second office for Rain TV. He grabbed his favorite cappuccino.  “I am such a typical hipster,” he joked and immediately spoke about his choice whether to remain or go. “I simply cannot abandon my mother, my grandmother and other women in my family, so I am staying. I’m not sure if this is the biggest mistake. Maybe tomorrow, you call me and hear that I am out of Russia.”

Thursday night was a nightmare. People were constantly messaging each other with a variation of the same question: “Have you crossed the border? Are you out?” I received a message from Shainyan on Friday morning: “Everything is OK, we are in Ulan-Ude,” a city in eastern Siberia. Shainyan, that fearless voice, was gone. I messaged Palonsky: Have you stayed? “Yup,” he replied. At least a few devoted journalists have remained —  and while they are in Russia, there is a tiny hope.