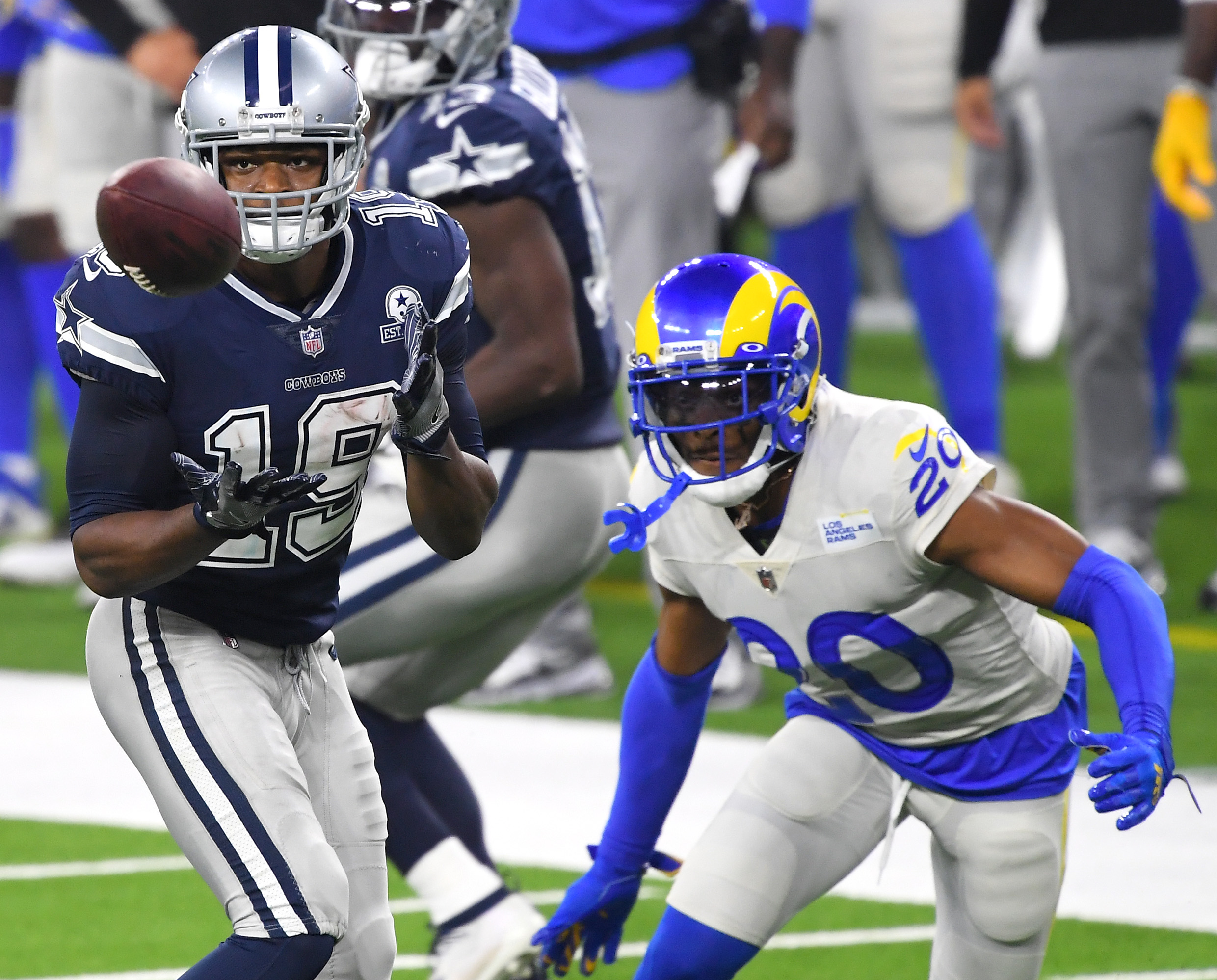 As you are likely aware, the Los Angeles Rams won the Super Bowl with a 23-20 victory over the Cincinnati Bengals on Sunday. We are now faced with six football-less months, which we will try to fill with as much speculation and armchair GM-ing as we can muster until the 2022 season begins.

And, every year, the question heading into the offseason is how well teams can emulate the reigning Super Bowl champions. After all, the most recent team to win it all has to have a pretty solid strategy to construct a championship roster, right?

While there’s no one-size-fits-all blueprint to follow, there are some lessons the Cowboys can take from how the Rams ended a two-decade-long title drought. So let’s look to the current champs for inspiration and dig into what the Dallas Cowboys can copy to get to the promised land one year from now.

Well before they won the Super Bowl, the Rams drew attention for their unwavering eagerness to acquire talented players no matter the cost in draft capital. The strategy has already begun to spawn questions about whether teams will attempt to “buy” a Super Bowl more often in the years to come, trading away future assets for pieces that can make a contender now. I have a hard time envisioning that becoming the norm, as it’s not every year a team can get a Jalen Ramsey or a Von Miller midway through a season, but still, there will be imitators. Whether Dallas decides to become one of them, the Rams have shown it’s OK to trade away high picks for accomplished players.

Jerry Jones is not one to give away his first-round pick easily. Since 2010, the Cowboys have traded a first-round pick only once: in 2018, when they sent their 2019 first-rounder to the Raiders for Amari Cooper. While rumors abound—from the Cowboys’ own website, no less—that Cooper might be a salary-cap casualty this offseason, the trade paid major dividends. Cooper revitalized a lifeless passing offense, turning in three straight seasons with triple-digit targets for Cooper and two years of more than 1,000 receiving yards. He was closer to free agency than a rookie would have been, which meant the new contract he signed in 2020 took a much bigger bite out of Dallas’ cap, too. But he also transformed the offense in a way that a late first-round pick wouldn’t have.

That makes it a very Rams transaction. Los Angeles hasn’t drafted in the first round since 2016, when they selected Jared Goff first overall. They aren’t set to make another first-round pick until 2024. Those picks were shipped out for players who helped win Sunday’s game, most notably Ramsey and Highland Park native Matthew Stafford. Which isn’t to say they all hit: one of them went to New England for receiver Brandin Cooks, who posted one great year and another not-so-great year before getting shipped to Houston. But the Rams didn’t let a big swing at wide receiver stop them from wheeling and dealing in the first round, which ultimately paid dividends.

Dallas shouldn’t be afraid to do the same. The Cowboys need help right away, and giving up some of those picks for players they can drop in and be confident in could be a huge boon to this era of Cowboys football. To throw one idea, they could probably swing a trade for Marcus Peters (another former Rams trade, how about that?) to play opposite Trevon Diggs, boosting a secondary that made huge strides in 2021 but could still use some help.

Whether it’s Peters or someone else, though, the point is that it’s not crazy to give up a ton of draft picks to make the team better. Fortune can favor the bold in football.

Invest in the trenches

The Rams position group that took up the most salary cap dollars in 2021 was the defensive line. It paid off when it mattered most. Joe Burrow was sacked seven times in the biggest game of the season, and while he technically escaped an eighth on his last play of the game, Aaron Donald bursting through the line and wrapping Burrow up sealed the Super Bowl.

Obviously, “have Aaron Donald,” a future Hall of Famer, isn’t a feasible plan for every team. But it’s important to note that the Rams never grew complacent and assumed that Donald alone was enough to get the job done. In 2020, they signed Leonard Floyd and A’Shawn Robinson for a combined $81 million. This year, they traded away a couple draft picks for Von Miller midway through the season. The lesson? You truly never can have enough pass rush.

Dallas has a great start to their line with Micah Parsons, DeMarcus Lawrence, and Randy Gregory, should they be able to retain him in free agency. But it’s just that: a start. The Rams continued stacking the trenches, and the Cowboys should, too. Ideally they’d be able to convince a couple older pass rushers that Dallas is the place to be for one final Super Bowl run. TCU alum Jerry Hughes could be one affordable option. He’s consistently graded out well by most advanced metrics, but his age and low 2021 sack total should keep the contract value down.

Or they can apply the previous lesson and trade away high picks for good players. The Green Bay Packers, for instance, aren’t likely to keep both Za’Darius and Preston Smith through the offseason. They carry heavy cap charges, but if Dallas manages to make enough room, it just might be worth it to give up future assets for a proven playmaker.

Cut bait with the highly paid running back

I’m not going to lie. This one hurts. But it must be considered.

In 2018, the Rams extended Todd Gurley to what was at the time the largest running back contract in NFL history. His play faltered thanks to an arthritic knee, and younger backs stepped into his role well enough that the Rams released Gurley just two seasons into his extension, leaving them with a whopping $20 million dead cap charge.

In 2019, the Cowboys extended Ezekiel Elliott to what was at the time the largest running back contract in NFL history. His play has since faltered, and Tony Pollard has stepped into his role admirably. We are three seasons into Elliott’s contract, and getting out of it wouldn’t be easy. He would carry a whopping $30 million in dead cap charges if released prior to next season.

Running back contracts are a hot button topic in the NFL, especially in the analytics community. Most analysts have found that big running back contracts always age poorly due to the physical toll that the position takes, the heavy impact that the supporting cast has on a back’s success, and the low difference in talent between the best backs and their backups.

Still, football is a human sport, and sometimes you have to do the human thing and reward the man who carried so much weight in his first three seasons in the league. I get it. But now is the time to start looking at what the Rams did with Todd Gurley and consider that getting out from under that huge contract sooner rather than later isn’t impossible and won’t hold the team back from reaching their goal of another Lombardi Trophy. Realistically, this would be more likely to happen next season, when the dead cap hit drops from $30 million to a far more palatable $11.8 million. But whether it’s now or later, this is an option to keep an eye on.

Dallas doesn’t have much salary cap space this offseason. They don’t have a ton of picks in the draft, nor do they pick very high in the draft. It’s going to take some maneuvering to take big swings, but there is cap space to be made if they want it. If this really is the Cowboys’ Super Bowl window, it might be time to take a page or two from the Rams’ playbook and start adding proven players at key positions, regardless of the future cost. It brought the trophy back to Los Angeles. Why not Dallas next?

Dan covers the Cowboys for StrongSide. He is a Pacific Northwest native & self-described nerd who has been covering the…