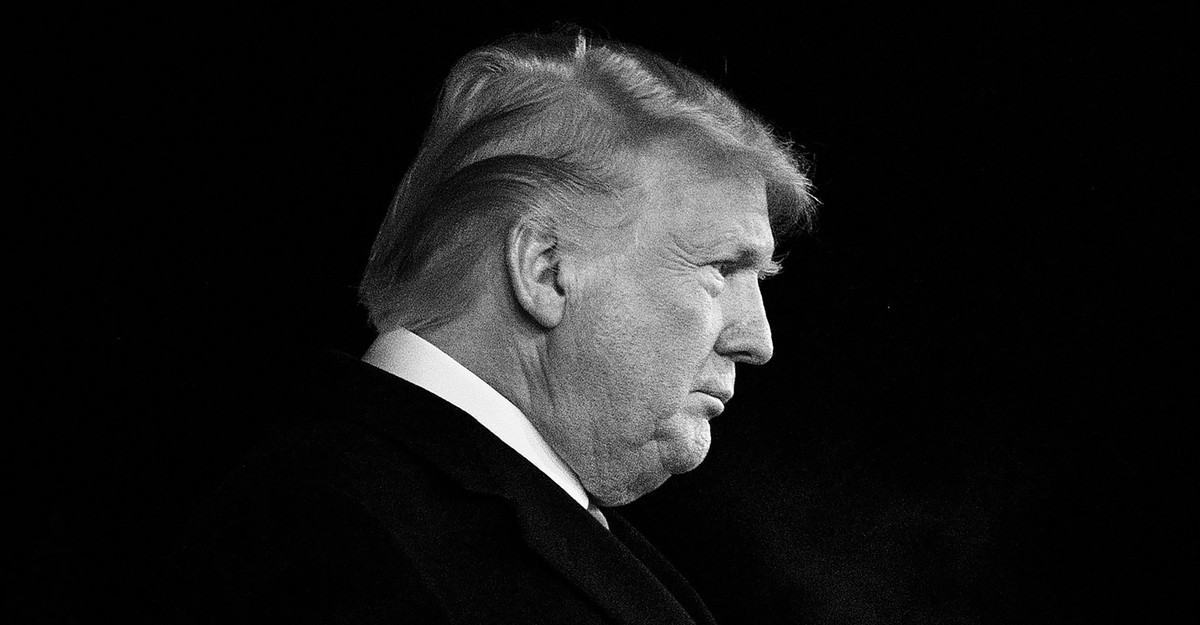 Among the documents disclosed in a Justice Department filing last night in the case involving former President Donald Trump’s possession of classified documents is a striking photograph, one showing documents marked secret and top secret strewn across the floor of Mar-a-Lago.

When the search of Trump’s home by the FBI was first announced, conservatives howled that the former president was a target of political persecution. That accusation was without basis, but it was also not impossible that the bureau might have abused its powers in its pursuit of a warrant to search Trump’s home. In truth, Trump’s defenders seemed less convinced by their accusations against the FBI than by their own conviction that Trump himself is above the law.

Retaining classified documents is not even close to the worst thing Trump has done. We are, after all, speaking of a man who twice tried to subvert the democratic process, first by using foreign aid in an attempt to blackmail Ukrainian President Volodymyr Zelensky into falsely implicating then–Democratic rival Joe Biden in a crime, and later by attempting to use a mob to seize power by force after bureaucratic means failed. But those were both overtly political acts, subject to distortions of perception and emphasis, and this one is rather more straightforward. It is illegal to “knowingly” remove “such documents or materials without authority and with the intent to retain such documents or materials at an unauthorized location.” The photograph of documents emblazoned secret removes any ambiguity as to whether Trump was in possession of classified documents. If it were anyone else, they would be prosecuted.

If that claim sounds familiar, it’s because Republicans once offered a similar refrain about Hillary Clinton, Trump’s Democratic rival in the 2016 election. Trump led crowds in chants of “Lock her up!” demanding that Clinton be imprisoned for her mishandling of classified information in email communications. Republicans, at the time, considered the mishandling of such information very serious, as did the press, which devoted front-page coverage to the federal investigation into the matter in the months leading up to the election. Indeed, since the Trump revelations, right-wing media outlets like Fox News have compared Trump’s treatment unfavorably with Clinton’s, suggesting that she got off easy.

David A. Graham: Trump can’t hide from the Mar-a-Lago photo

Then–FBI Director James Comey’s decision to break the bureau’s guidelines, on more than one occasion, in order to speak directly to the press about the Clinton investigation arguably doomed Clinton’s campaign; it’s hard to contend that she got off easy. But Comey’s explanation for why Clinton was not ultimately prosecuted helps illuminate the seriousness of what Trump did.

Comey famously declared that Clinton and others at the State Department had been “extremely careless in their handling of very sensitive, highly classified information.” He did not recommend prosecution, however, because as he reviewed the relevant precedents, he found that “all the cases prosecuted involved some combination of: clearly intentional and willful mishandling of classified information; or vast quantities of materials exposed in such a way as to support an inference of intentional misconduct; or indications of disloyalty to the United States; or efforts to obstruct justice. We do not see those things here.”

Notably, Trump’s decision to retain classified information in the infamously insecure Mar-a-Lago resort, even after the National Archives asked for it back, meets a plain-English standard of “clearly intentional and willful mishandling,” exposing information in such a way as to support an inference of intentional misconduct, and efforts to obstruct the investigation.

However, the standard Comey described is no longer the law. That’s because as president, Donald Trump signed a law removing any ambiguity about intent when mishandling classified information. It is not simply that Trump’s behavior here was worse than Clinton’s; it’s that he rewrote the law to make the standard higher and then violated both the one described by Comey and the higher standard he set himself.

Because the apparent violation of the law here is so straightforward, Trump sycophants are left with the argument that as president, Trump could declassify the documents in question like a rabbi saying the blessing over the wine, without ever having to issue a written order or go through any kind of formal process. Not only is this ridiculous as a legal matter, but it is an argument that may age as poorly as the idea that the FBI had no predicate for seeking a warrant to search the residence. It also more or less reiterates the bedrock principle of many Trump defenders, which is that the law is meant to be enforced only against certain categories of people, among whom Trump is not included.

Almost as soon as news of the search broke, centrists fearful of its political implications have argued that, even if the evidence against Trump is overwhelming and incontrovertible, and the crimes uncovered deeply serious, the former president should remain immune to prosecution because he retains a certain level of popular support. This argument also seems to be applied only to conservative political factions, perhaps reflecting the belief that they represent the true soul of the nation and are therefore its only legitimate representatives, even if they are greatly outnumbered.

Juliette Kayyem: Why Trump’s safe was not safe

Beyond the obvious objection that this would grant any political figure with a sufficiently violent following immunity from the law, this approach would not even purchase the civic peace it seeks. A hard-core group of Trump ideologues simply does not accept the legitimacy of elections it does not win, and is willing to use violence if necessary to ensure its political will is done. The sentiment is not confined to fringe internet types or squirrelly survivalists; Senator Lindsey Graham of South Carolina warned that prosecuting Trump would lead to “riots in the streets,” a grim prediction that could be interpreted as a veiled threat.

If Trump has committed a prosecutable federal crime, refusing to prosecute him will not solve this problem. Quite the contrary, it would encourage his more radical followers by making clear that they can intimidate the majority into bending to their demands.

This is not to say that prosecuting Trump would solve this dilemma either. There are no quick and easy solutions to any of the problems presented by a large segment of the population embracing the authoritarian belief that only their political faction can legitimately hold power. But if the law itself must bend to threats of political violence, then the democracy you are trying to preserve is effectively already lost.

We also know that offering Trump impunity will not resolve the matter. Republican senators protected Trump from accountability both times he was impeached, and he has repaid their gesture by attacking the democratic process and encouraging his more violent supporters. Trump spent yesterday on his social network, Truth Social, demanding that a new election be held and retweeting the deranged sentiments of his personality cult, one that has replaced the rapture with a bloodthirsty scenario in which its political opponents are swept away in an orgy of mass murder. I have no illusions that a prosecution of Trump would be some sort of unifying act. But giving Trump a pass won’t work; we know because we already tried it.