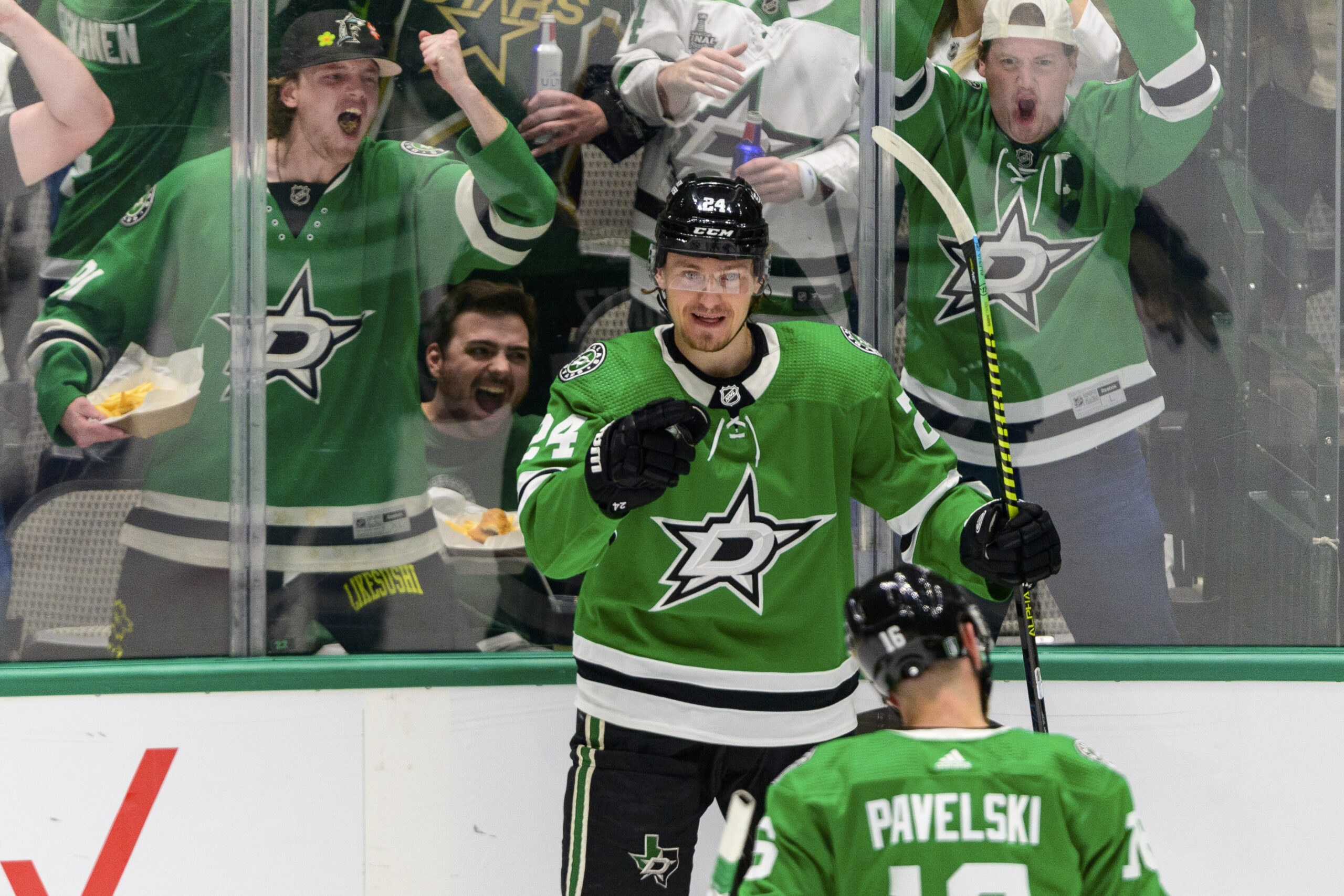 With the pressure on, Dallas put together arguably its best—and more important, complete—performance of the season. Jake Oettinger maintained his supernatural ability to ward off pucks. The Roope Hintz line returned to its regular-season dominance, with Hintz owning 67 percent of the shot attempts when he was on the ice. Miro Heiskanen’s offense opened up. Unsung heroes emerged, such as Michael Raffl, who played his best game of the season. Even Jamie Benn logged a strong defensive effort (in spots). And so on to Game 7 we go.

We’ve been hard on the Stars for their third periods—and for good reason. But last night, they flipped the script, outshooting Calgary 11 to 10 in the final frame. They brought the fight to the Flames, forcing them to earn offense rather than concede it for the sake of safety. It wasn’t an effort we’re used to seeing from Dallas, which makes the prospect of Game 7 all the more fascinating. Will the Stars revert back to their old ways, nickel and diming their way into a goal or two, then sitting back when everything is on the line? Or will they take this momentum, build on it, and package it into the biggest upset of the year?

That’s an important word: momentum. What we tend to see in Stars losses is that, at their worst—or most characteristic, I’d argue—they’re never building on forward motion. They’re just trying to use their opponent’s momentum against them. I consider this the Stars’ biggest flaw, but that’s the climate of Dallas hockey. Because the playoffs are all about the weather. Right now, it’s getting awfully cloudy for a Calgary team whose stars have struggled. (Has anybody seen Matthew Tkachuck? Oh, right.) Meanwhile, Oettinger shows no signs of slowing down. Not a bad game for the Stars. Let’s see if it sets the stage for an even better conclusion to the series.

If there’s one thing Dallas has been good at this season, it’s making us experience two feelings at once: bored (every time Roope Hintz, Jason Robertson, and Joe Pavelski are not on the ice) and excited (every time they are). We’ve been disappointed (the late-season loss to Arizona) as much as we’ve been proud (a near-perfect game against the defending Stanley Cup champs back in April). So it makes sense that Dallas will continue to keep us on edge for one more game. Doing things the hard way is their brand.

I’ll have a lot more to say about Dallas when the season is over, however it ends. But nothing’s sweeter than watching otherwise level-headed, smart hockey minds feel wounded just because they might be robbed of the “Battle of Alberta” or whatever cheeseball marketing slogan that talking heads prefer to finding out the best playoff team. We saw this in 2020 when everyone wanted Colorado vs. Tampa Bay, because reasons. And, yes, I know the reasons. But I wonder: is that what drives the Stars? Maybe I’m getting overly abstract—or worse, not making any sense—but I wonder if they’ve bought into “second-class hockey citizens” mentality. If so, kudos.

Depending on what type of fan you are, Game 7 on Sunday will either be a validation of everything Dallas briefly represented in 2020 or a repudiation of all things Stars post-Lindy Ruff. The Stars lean into that duality: making us believe they’re a great team in the playoffs and a potentially bad one in the regular season. If Schrodinger’s cat were a puck, it’d be Dallas.

I genuinely believed Calgary would comfortably take over this series as it shifted more and more to even-strength play. I still do, but here we are again, back to those silly contradictions of feelings: Dallas is not the better team at even strength, but winning is not about being better. It’s about being better long enough to avoid getting beat in the moments you were worse. In hockey, those moments don’t have to last long. And certainly not as long as your goaltender is your best player.

David Castillo covers the Stars for StrongSide. He has written for SB Nation and Wrong Side of the Red Line,…