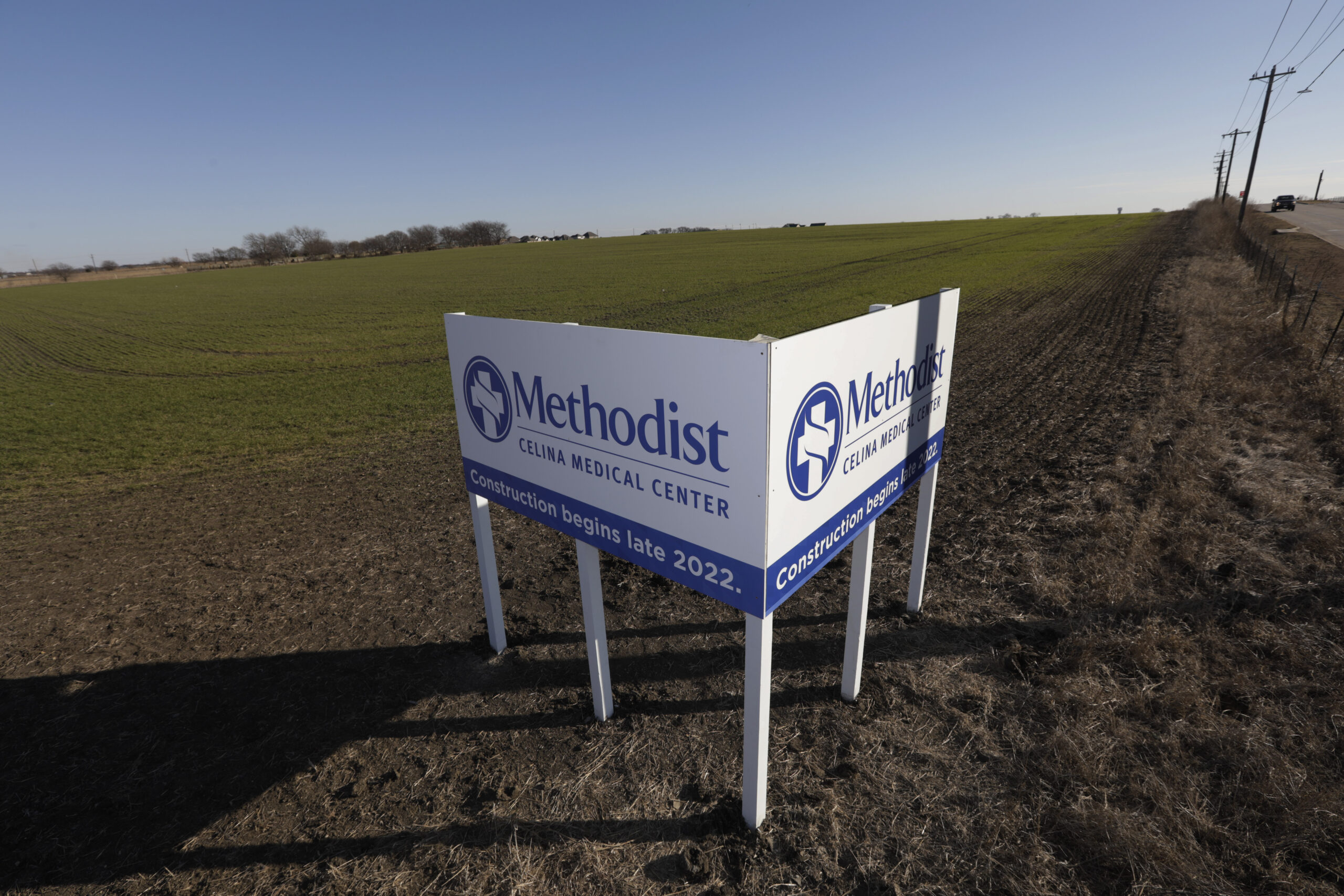 Methodist Health System’s next hospital will be in the northern Collin County city of Celina. The 200,000-square-foot facility should start seeing patients in late 2024.

The $200 million Methodist Celina Medical Center will be built south of downtown on 46.7 acres, where the Dallas North Tollway dead-ends into FM 428. Celina, which currently has about 30,000 residents, has tripled in population over the last 10 years and was recently named the fastest-growing city in North Texas.

Methodist Health System President and COO Pamela Stoyanoff said the continued population growth was a major driver for the decision to plant roots in the area. “Celina is right in the middle of where DFW is growing fastest—northern Collin County,” she said. “It’s already a dynamic city, and Methodist is excited about what the future holds there.”

The hospital will include 30 medical-surgical beds, 10 post-partum beds, eight ICU beds, 12 emergency department beds, three operating rooms, a cardiac catheterization lab and two procedure rooms, four labor and delivery rooms, two c-section rooms, and a medical office building. It will be built with future expansion in mind, including options for an additional operating room and other shared hospital space.

Cardiovascular care, cancer care, women’s services, orthopedics, and robotic surgery with a DaVinci surgical robot are all part of the plans.

The new hospital will add 220 jobs to the area. Nearly every industry is experiencing a worker shortage, and healthcare is no different. Even without pandemic surges, many North Texas hospitals are forced to hire travel and contract nurses to fill open positions. The growing physician and healthcare worker shortage has created a perfect storm of difficulty with an increasing population and increasing needs of an aging baby boomer generation.

Still, Stoyanoff is confident that the hospital will be able to staff up. “Staffing challenges are always a concern,” she said. “However, we plan to begin our hiring process early enough, so we are not concerned about our ability to attract the best physicians and staff.”

Methodist, which is the only North Texas health system based in southern Dallas, opened the first hospital in Midlothian in 2020 to add to its Richardson, Mansfield, Southlake, and two Dallas hospitals.

“Expanding into new markets is a large part of our vision,” Stoyanoff said.