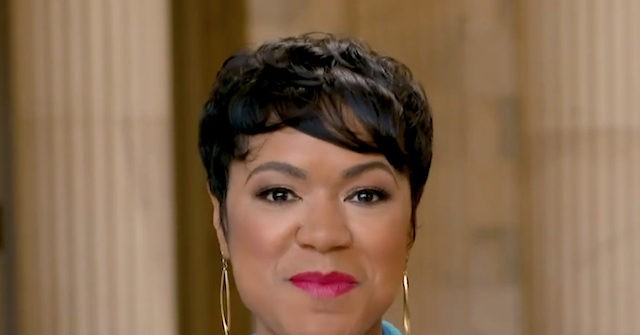 MSNBC “The Cross Connection” host Tiffany Cross on Sunday attempted to explain the Will Smith slap of Chris Rock at last week’s Oscars to white people, who she claimed did not understand why black people wanted them to refrain from opining on the incident.

TheGrio columnist Michael Harriot asserted it was “hard to explain to a white person what’s the difference between an open-handed slap and a punch,” adding that “they consider it all violent.”

Cross said there was “nuance to what happened” and likened it to a guest commenting on an incident inside someone else’s home.

“I will try to put this in context for our white fellow countrymen as best I can,” Cross outlined. “And really, truly, black America, there’s a commonality amongst us all. And if we went to a white person’s home, and it was their family dinner, and we were sitting at the table, and the mother hauled off and slapped the father. And everybody at the table has an opinion. You know, the sister is like, ‘Mom, you always do this.’ And the brother is like, ‘I can’t believe you’re doing this.’ And Dad is like, ‘You’re terrible.’ If I weigh in as the guest in this home and I say, ‘Yeah, you guys are terrible.’ Everybody’s like, ‘I’m sorry. When did you get an opinion? This is our family table.’”

She added, “That’s what this moment felt like for many of us. And there’s a nuance to what happened that we should get into.”