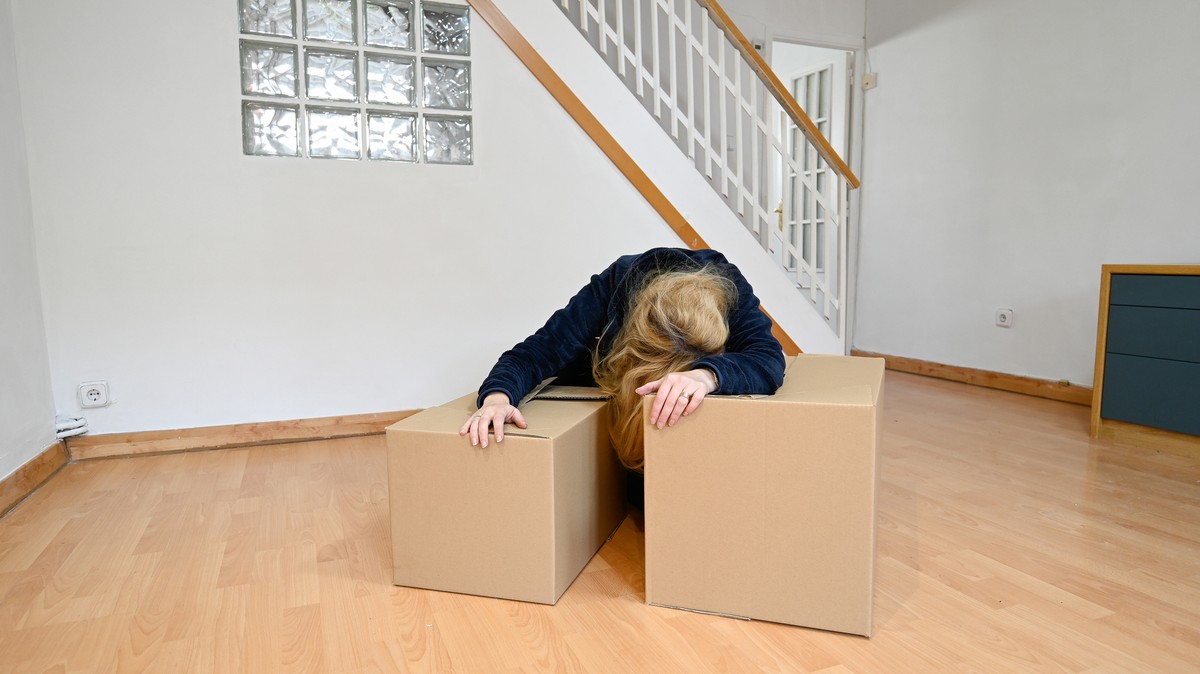 “I’m putting the flat on the market. It’s gonna go quick so find somewhere ASAP.” This was the hellscape that Ally, a 19-year-old private renter, landed in when her landlord suddenly decided to sell. A month later, the sale was suddenly off – she could stay! – but by August, Ally was out anyway. Her landlord explained that they’d “make more money” turning the flat into an Airbnb.

This is just one horror story from the long-running nightmare UK renters are currently facing. As the cost of living crisis continues, finding a home is escalating into an all-out battle for survival. Unprecedented increases in no-fault evictions and rent hikes are just the start, with bidding wars and renter discrimination turning the search for housing into a Hunger Games battlefield.

“The London renting market is currently insane,” says Linda, a 26-year-old working professional. The tenants VICE spoke to are using pseudonyms or first names for fear of being evicted by their landlords. “I’ve not been given a chance to negotiate on my current flat where I’ve lived in for three years. Since then, I’ve been doing non-stop viewings and couldn’t help but feel discouraged and frustrated with the current market.”

Linda isn’t alone in her frustration. Harriet, a 28-year-old London-based reporter, has also found herself in a similar situation, having been served an eviction notice with little warning – not because Harriet is a shit tenant, but because her landlord can’t afford to pay the mortgage rate on the flat anymore. This will be Harriet’s third eviction in five years, “all because of landlords selling”, she says.

“This has cost me hundreds of pounds in van costs, resetting broadband and paying for professional cleans [usually around £300], which is now part of most rental contracts,” Harriet shares. “My previous landlord evicted me and my friend during the pandemic – the estate agents didn’t email or explain – just put an eviction notice on the door.”

It’s a scramble for survival, one in which landlords are all too happy to sacrifice their tenants to save themselves. The Ministry of Justice reported 4,900 landlord repossessions of rental properties between March and June 2022 – that’s a 210 percent increase from the year before. Among those repossessions were 1,651 no-fault evictions. According to homeless charity Crisis, that is a staggering 52 percent increase in just three months.

Estate agents typically value landlords’ interests above all others; renters are the disposable ones. According to a report by Mashroom, an end-to-end letting agency, 66 percent of tenants and landlords experience problems with their letting agents, with 54 percent of tenants citing poor communication as the main issue. Property Industry Eye, an independent property publication, also found widespread tenant dissatisfaction with letting agents, with 29 percent complaining that out-of-hours emergencies were ignored.

This is part of the reason Harriet refuses to deal with estate agencies altogether. “I avoid estate agents at all costs now. They are incredibly slow to pass on issues with properties to the landlords, and often very dismissive [or] rude in how they talk to you.”

Renters like Linda and Harriet are trapped in a loop: They’re undervalued, mistreated and underinformed. It’s on them to be prepared for anything – but what that might be, exactly, remains a mystery until it’s too late, like suddenly being slapped with a rent increase.

Rent hikes, although nothing new, have increased by 14.3 percent across the UK since records began in 2015, according to OpenDemocracy. Some areas of the UK have seen record increases of 20 percent as more property owners sell up and reduce the supply of housing. That leaves renters fighting over scraps, with landlords wielding enormous discretionary power over selecting tenants.

These days, you don’t just need the “right income” (landlord code for not being on benefits), but you need to be the perfect tenant: simperingly polite with minimal complaints. “At viewings I managed to get to successfully, I was told by letting agents to write down anything to make myself a more attractive applicant – such as paying more rent PCM, paying bigger deposits, and offering more rent up front,” says Danielle, a 31-year-old self-employed mother.

“When I finally got a viewing and an accepted application, I finally felt that this was my big break – only to be emailed [by the letting agent] again, saying that as the interest [on the property] was so high the monthly rent would be raised.” Unable to afford the inflated price, Danielle had to withdraw her application.

Sadly, the only sure way to escape the renting trap is to, obviously, buy your own home. But transitioning from renter to homeowner is near impossible for most, unless the Bank of Mum and Dad are bankrolling the purchase – and even parental help might not offset the 7.8 percent year-on-year growth in house prices.

“Every day we hear from people who are battling increasingly unaffordable rents and being asked to jump through extreme hoops to secure a home,” says Polly Neate, Chief Executive of Shelter. “Whether it’s demanding huge sums upfront, or requiring guarantors with excessive conditions, there seem to be higher and higher barriers to finding a home.”

“The 11 million people in England who call private renting home have had a bad deal for too long. The government must urgently bring forward the Renters’ Reform bill to help tip the balance of power in renters favour.”

Landlords might be battling the cost of living crisis too, but that’ll come as cold comfort to the tenants putting up with rent hikes and unreasonable demands. Renting should be fair, but the reality is that it has never been more rigged.