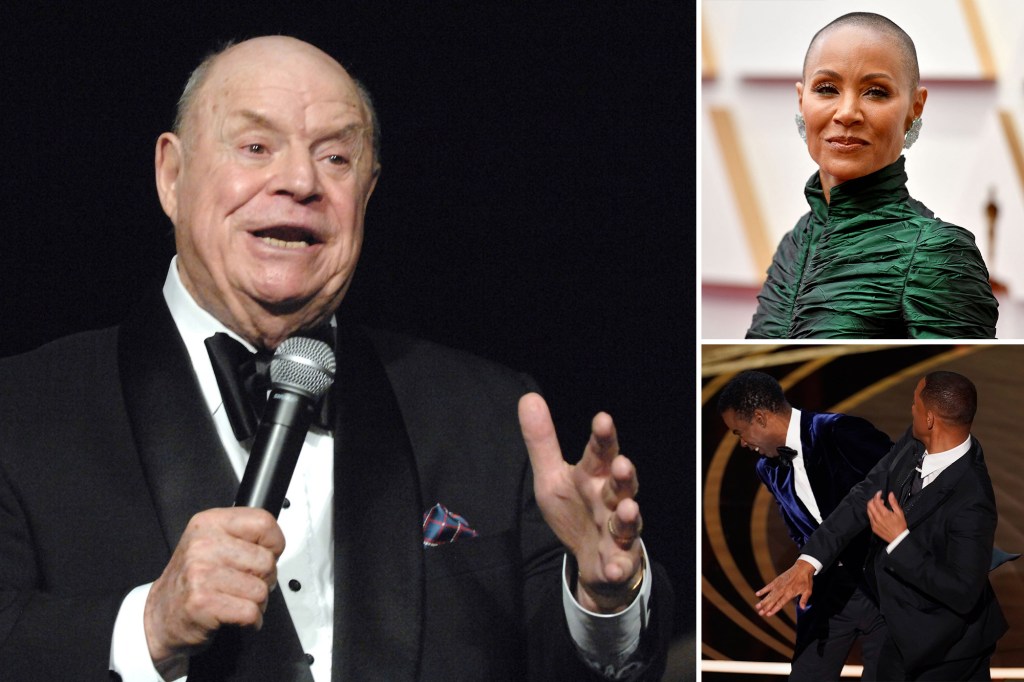 Awards seasons is always sure to spark debate — but Will Smith’s onstage slap of Chris Rock packed a new punch into the complicated history of “insult” comedy.

The best actor winner for “King Richard” stormed on stage during Sunday’s live broadcast of the 2022 Oscars and walloped Rock hard across the face before yelling profanity filled threats at the comedian from the front row after he made a wisecrack about Smith’s wife.

Rock was accosted after making a “G.I. Jane” joke in reference to Jada Pinkett Smith’s bald head, which she has previously explained is due to a medical condition- alopecia.

The crowd and viewers alike were sent into a state of shock at the awkward and inappropriate confrontation which has since sparked a trending Twitter debate about the state of live comedy — and the stifling repercussions of cancel culture.

Many have taken the moment to wonder how Don Rickles, the late, great king of insult comedy, would fare in today’s social climate.

Rickles was best known for his endless barrage of insults which made him a comedic legend. His career truly gained traction when he publicly ridiculed the notoriously hot-tempered Frank Sinatra when the superstar walked into a club where Rickles was performing in 1957.

“Make yourself at home, Frank. Hit somebody,” Rickles quipped in an iconic moment sending Ol’ Blue Eyes into a fit of laughter.

Several people took to Twitter to compare Rickles legendary career with Rock’s attempted joke while presenting at the Oscars on Sunday night.

Kathy Grifffin, who is known for her insult comedy and was previously a victim of cancel culture, worried what the debate over Smith’s reaction will lead to as some have heralded the actor as a hero.

But others rushed to defend the “Ali” actor, claiming that Rock’s joke about Pinkett-Smith’s appearance due to her previously disclosed medical condition were over the line of decency.

ZaraLena Jackson, who also suffers from the hair-loss illness and is an advocate on social media, said “I think it’s inappropriate to make any joke about someone with alopecia as it’s a condition that highly impacts mental health for that individual and isn’t a laughing matter.”

“To be clear, I don’t condone violence, but him defending Jada showed strength in my eyes and was very comforting to see a man stand by his woman when she has alopecia,” she told SWNS.

The OG Aunt Viv from Smith’s star-making show “The Fresh Prince of Bel-Air” Janet Huber also defended Smith after the viral moment. “So PROUD OF YOU!” she wrote on Instagram after the actor was presented with his Oscar win.

“There is only so much one can take… sometimes you have to slap back,” Hubert said. “Celebrate the win… nothing else matters. Both actions were incorrect but Chris didn’t need to go there. Met him once… it was enough for me… very mean spirited.”

Some social media users agreed with Smith’s defenders that Rock’s joke was insensitive.

Smith was seen laughing at the joke until he noticed his wife did not find the G.I. Jane comical and rolled her eyes. He attempted to frame himself as a fierce defender of his family driven by love during his acceptance speech.

“Richard Williams was a fierce defender of his family,” he said, moments after the wild scene.

Smith also said he had to suffer disrespect in his career. “You gotta smile, you gotta pretend like that’s OK,” he said.

However, his attempted explanation for his shocking actions did not go over well despite some people’s disapproval of Rock’s joke.