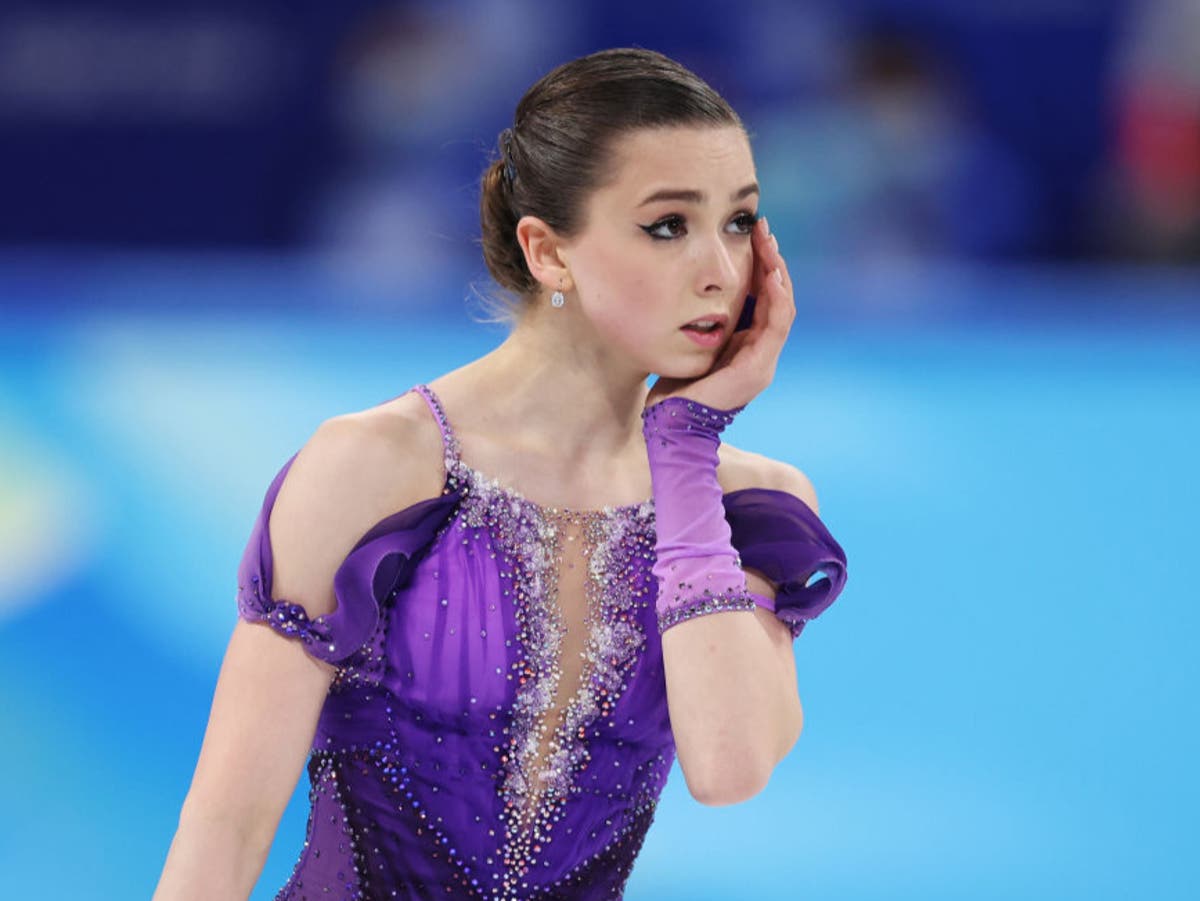 Russian figure skater Kamila Valieva returned to the Winter Olympics ice for the women’s short programme, despite a court ruling that she tested positive for a banned substance. The 15-year-old is still subject to disciplinary procedures but has been allowed to compete by a panel of three arbitrators appointed by the Court of Arbitration for Sport, as Russia tries to land a clean sweep of medals in the event. If she wins the event, for which she is an overwhelming favourite, the IOC has said she will not be honoured in a medal ceremony until an investigation into the doping allegations is complete.

Meanwhile, Great Britain’s Brad Hall and Nick Gleeson crashed on their penultimate run of the two-man bobsleigh. Hall’s sled overturned towards the end of the run and they slid over the finish line on their side, but both emerged apparently unscathed. The Britons had started the final day of competition in 11th place after the first two runs, 1.36 seconds off the lead.

Valieva holds back tears on her return to the ice

Valieva takes an enormous lead at the top of the standings with a score of 82.16. She still looks a little emotional as she hears the judges’ verdict read aloud. That leaves her in pole position for gold – although whether that medal is ever awarded remains a whole other matter entirely.

Valieva finishes her run to another round of applause. After that early mistake on the triple axel, the remainder of her short programme was faultless. The teenager appears to be trying to hold back tears at the end of the run.

Another big cheer goes up as Valieva begins her final warm-up.

She slightly falters on her take-off for the triple axel at the start of her routine but the next series of landings are pinpoint.

Valieva has plenty of support at the Capital Indoor Stadium and enters to the biggest cheer so far. The leading score is currently Japan’s Wakaba Higuchi on 73.51.

Valieva returns to the ice amid controversy

There are only around 10 minutes remaining until Kamila Valieva returns to the ice amid a storm of controversy in Beijing. The 15-year-old Russian’s inclusion in the event means there will be no medal ceremony if she makes the podium, due to the inevitable legal saga around her failed drugs test on Christmas Day.

Britain’s Natasha McKay, who competed earlier in the schedule this morning, was critical of the Court of Arbitration of Sport’s decision after they overruled the IOC’s provisional suspension of Valieva on Monday.

“It’s not a level-playing field. In figure skating, and every sport, it should be a level playing field. We don’t get the opportunity here, but that’s the decision they’ve made and we have to stick with that,” McKay said.

“I feel sorry for anyone who gets on the podium here. They won’t be able to get that experience of being on the podium.”

We’re at the end of the 5th and Great Britain are in a spot of bother. Sweden looking for a third red inside Team GB’s closest yellow to the button.

There’s risk here for Sweden, but down by three, they want the two-point play. It’s not worked, they had the chance, but they pick up one point to reduce the deficit down to 4-2.

Great Britain crash out of two-man bobsleigh at Winter Olympics

Great Britain’s Brad Hall and Nick Gleeson have crashed out of the two-man bobsleigh at the Winter Olympics.

The mistake was forced with the pair out of the running for gold and pushing hard to remain in touch for a bronze medal at Beijing 2022.

And while in pursuit of a perfect run, their sled toppled after riding up against the wall at a speed of 134.7 kmph (83.7mph), ending their hopes.

The pair looked shaken and disappointed but were able to walk away seemingly without injury.

Now GB have the hammer for the first time and have a 3-1 lead.

Edin will need to improve his accuracy as currently it’s below 50 per cent.