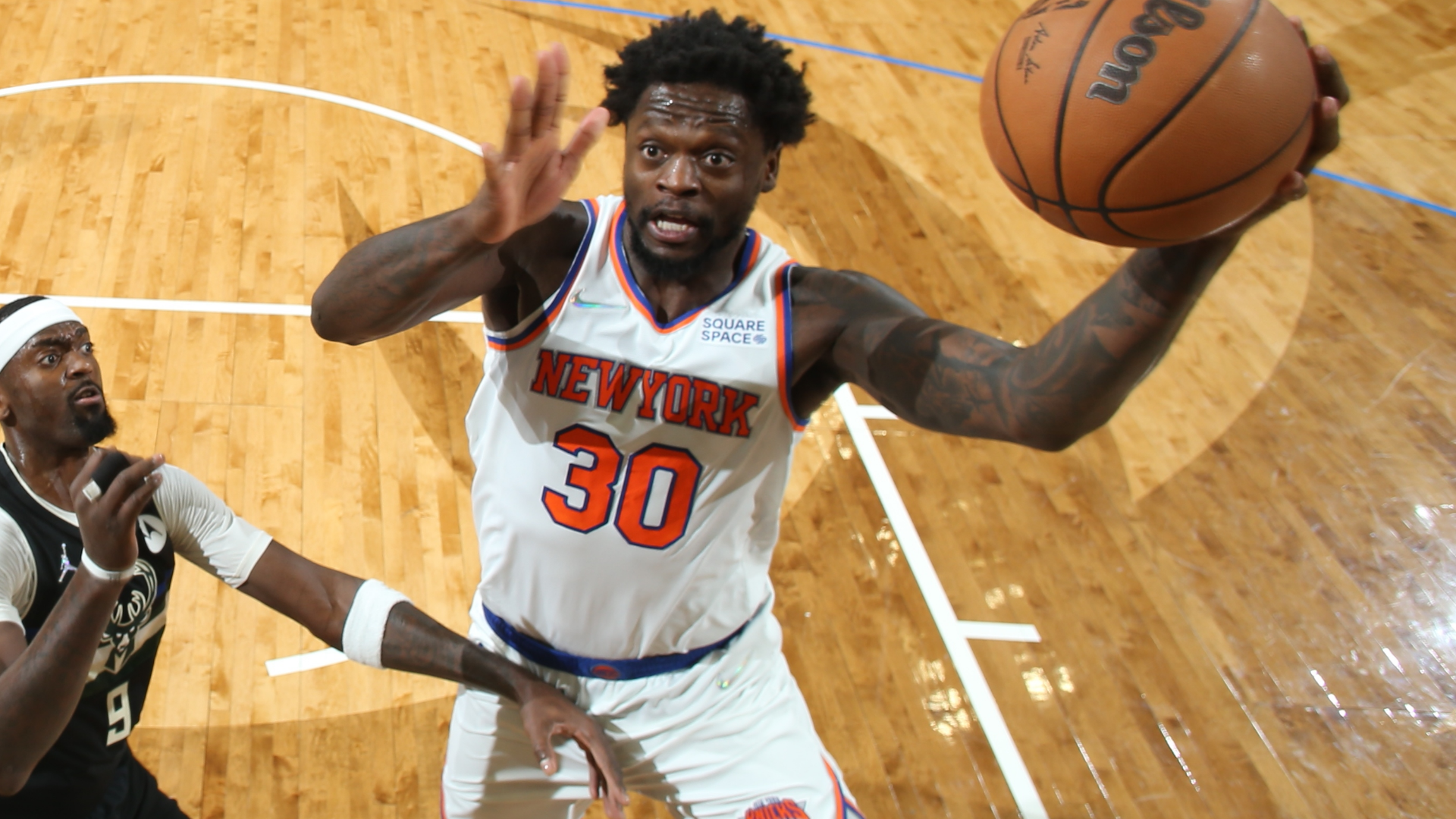 As the trade deadline approaches and the New York Knicks continue to struggle, Julius Randle, a player who was considered untouchable last season, is struggling to replicate the form that saw him become a first-time All-Star in 2020-21.

The Knicks lost another game on Friday night, this time to the Milwaukee Bucks 123-108.

This was the Knicks’ third consecutive loss, and sixth in their last seven games, but what is of most concern for the franchise seems to be the play of Randle, who finished with just nine points (4-of-9 from the field), 11 rebounds and three assists.

In fact, Randle’s struggles this season have been so consistent that he has had more games scoring in single digits than he has had 30 point games.

Julius Randle is more likely to score fewer than 10 points (7) than more than 30 points (5) this season.

He has more digits on his new contract (9) than games with better than 50 FG% (6) this season. pic.twitter.com/CdvHArcxnf

Last season, he only had one game where he didn’t score more than ten points. Randle’s numbers this season are down right across the board compared to his Most Improved Player award-winning season in 2020-21.

Randle’s poor play on the court has spilled into unnecessary off-court drama (what else is new with the Knicks, though?). He’s had run-ins with both the media and even the MSG fans.

He was fined $25,000 for using profane language in a media interview in describing his thumbs-down sign to his home crowd earlier this month.

“Shut the f— up,” he said, responding to the MSG fans who had rained down boos early in the game with the Knicks trailing by double figures.

Randle’s career season last year prompted the Knicks to reward the 27-year old first-time All-Star to a four-year extension worth $117 million, but now, with the trade deadline fast approaching, Randle could be one of the players the Knicks will look to move.

For his part, though, Randle says he still wants to remain a Knick.

Last season the Knicks won 16 of the final 20 games to reach the playoffs, but even another run like that might not be enough to get them into the playoffs this season given how competitive the East is.