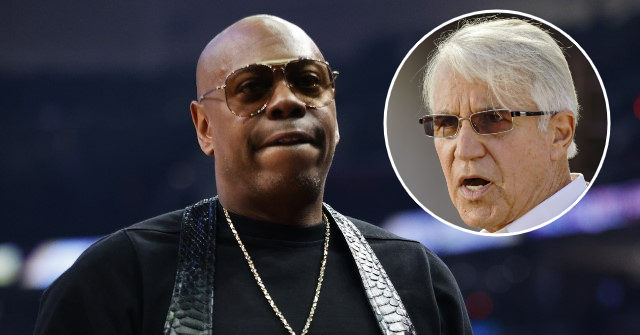 Just as he was wrapping up his set at the Hollywood Bowl last week, a man named Isaiah Lee allegedly jumped on the stage and attacked the comedian. In Lee’s possession, according to police, was a switchblade.

Lee has pled innocent to the lenient charge Gascón did bother to file, and lenient doesn’t begin to describe it. Believe it or not, after allegedly assaulting a man while possessing a deadly weapon and then attempting to pull that weapon on Chappelle’s security team, Gascón charged Lee with four misdemeanors,

The police charged Lee with a felony — assault with a deadly weapon, which is exactly what this was. However, Gascón chose to run with the misdemeanors.

What’s more, Lee’s bail was set at a measly $30,000, which means $3,000 will put him back on the street. For a good reason, Chappelle’s legal team immediately filed and received a restraining order against Lee.

Rather than behave like a district attorney, Gascón is instead assuming the role of a defense attorney. He’s making all kinds of excuses for Lee to basically let him go.

Gascón reasons that Chappelle wasn’t permanently injured. Oh, okay, then I guess attempted murder is no big deal in Los Angeles, either.  After all, no one got killed.

Gascón reasons Lee didn’t pull that knife on Chappelle. Well, according to police and the DA’s office, Lee tried to pull the weapon on Chappelle’s security team, who slapped it out of his hand. Do they not count?

Gascón reasons he could find no prior animosity towards Chappelle. Sneaking into the event with a deadly weapon and then trying to tackle Chappelle on stage isn’t animosity enough?

Far-left Rolling Stone, however, talked to Lee’s brother and uncovered what could be a very good motive: “Lee’s brother Aaron Lee tells Rolling Stone that Isaiah has been in and out of shelters in Hollywood, California, for much of the last decade and has lots of friends in the transgender community.”

Well, there you go…

Regardless, the DA should not be the one mitigating Lee’s behavior. It’s his job to protect the people of Los Angeles. It’s the defense attorney’s job to protect Lee. The system is deliberately set up to be adversarial in that way. Like any sane person, I’m opposed to district attorneys overcharging people. Charging Lee with attempted murder would be overcharging. Charging him with felony assault with a deadly weapon simply acknowledges reality.

Chappelle is not happy about this woke leniency, and neither should any Los Angeles performer be. What  District Attorney George Gascón has done is declare open season on any and all live performers.

Knowing you will walk away with a misdemeanor, I ask you, what’s the downside in attacking a comedian or any other live performer?

A small fine? A few months in jail? Big deal. Look at the upside: your picture in the paper, fame, name recognition. … And if you target someone like a Dave Chappelle, someone who’s incurred the fascist wrath of a protected class like transsexuals, you might even find yourself hailed as a hero in the same way CNN turned the thug who attempted to tackle Donald Trump into a folk hero.

You get what you vote for, and now you’ve voted to incentivize being assaulted by any angry loon in Southern California looking for some time in the spotlight.