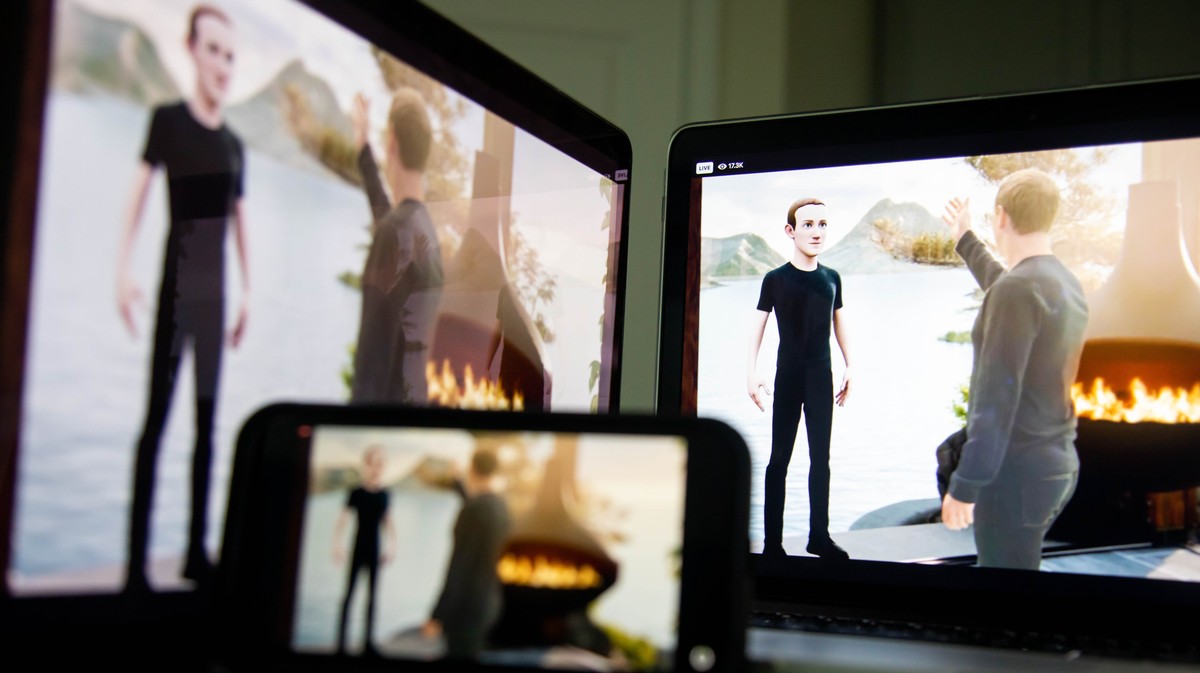 Mark Zuckerberg, chief executive officer of Facebook Inc., adjusts an avatar of himself during the virtual Facebook Connect event, where the company announced its rebranding as Meta on Thursday, Oct. 28, 2021. (Michael Nagle / Bloomberg via Getty Images)

A woman says that she was “virtually gang-raped” in Facebook’s metaverse, just seconds after she stepped into the new virtual world.

“Within 60 seconds of joining—I was verbally and sexually harassed—3-4 male avatars, with male voices, essentially, but virtually gang raped my avatar and took photos,” Nina Jane Patel, a 43-year-old London-based mother, wrote in a December Medium post that has only just started to attract online attention. “As I tried to get away they yelled, ‘Don’t pretend you didn’t love it’ and ‘go rub yourself off to the photo.’”

“It was surreal,” Patel added. “It was a nightmare.”

Reports of sexual violence are already proving to be a problem in the metaverse. In early December, Verge reported that a beta tester had alleged that a stranger had groped her avatar. “Sexual harassment is no joke on the regular internet, but being in VR adds another layer that makes the event more intense,” the tester wrote. “Not only was I groped last night, but there were other people there who supported this behavior which made me feel isolated in the Plaza.”

In response, Vivek Sharma, Meta’s vice president of Horizon, told Verge that the incident was “absolutely unfortunate,” and the beta tester didn’t use a safety feature that’s meant to block someone from interacting with you. Sharma said the tester’s report was “good feedback.”

Arwa Mahdawi, a Guardian columnist, slammed the response as “a bit of casual victim blaming.”

“It’s the digital equivalent of telling women that if they don’t want to get harassed while walking down the street then they should just stay at home,” Mahdawi wrote. “It’s old-fashioned misogyny repackaged for the digital age.”

Have you dealt with sexual harassment or violence in the metaverse? Email carter.sherman@vice.com. For additional security, send a number at which we can reach you on Signal or WhatsApp.

Last year, Mark Zuckerberg announced that Facebook’s parent company would be renamed “Meta,” and focus on the supposed digital universe of the future. Within that world, people’s avatars will theoretically be able to do anything they already do in the real world—from hanging out with friends to going to concerts to mundane tasks like grocery shopping.

Meta didn’t immediately respond to a VICE News request for comment on Patel’s account. But in a statement to the Daily Mail, the company said that it was “sorry to hear this happened.”

“Horizon Venues should be safe and we are committed to building it that way,” the company said, referring to the digital domain that Patel said she was harassed in. Horizon Venues is meant to be a space to host virtual events, such as concerts. “We will continue to make improvements as we learn more about how people interact in these spaces, especially helping people report things easily and reliably.”

Patel, who works as a vice president of research for another metaverse company, said in her Medium post that she didn’t use any safety features, because the whole experience happened too quickly. And, after she shared her experience, she said she was met with some unsympathetic commentators, who told her, “Don’t choose a female avatar, it’s a simple fix” and dismissed her as making “a pathetic cry for attention.”